​Is he staying? Is he leaving? Are Manchester United interested? Has he fallen out with the club's management?

Fear not. Those questions are now totally redundant, as we know Toby Alderweireld will not be leaving Tottenham anytime soon. Instead, he's now totally committed to the club, having signed a new deal until 2023. 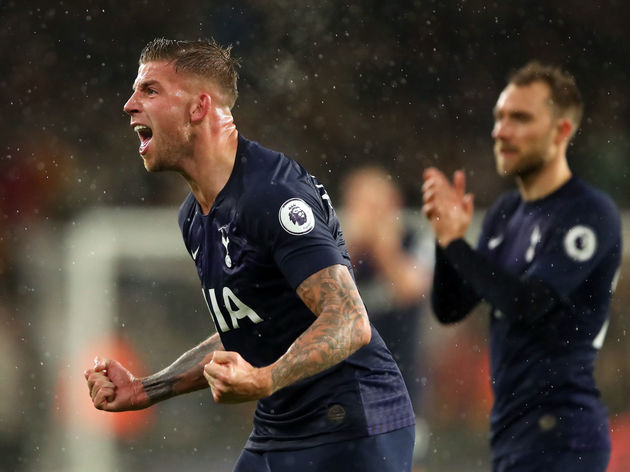 And if Spurs fans were left worried about the club's direction following the sacking of Mauricio Pochettino, they should take plenty more comfort from this news. It does, in fact, hint that the club is moving in the right direction.

Beforehand, there were the annoying and constant rumours surrounding the Belgium international's future. Obviously United were interested, just like they've been interested in every other centre back under the sun this millenium.

But now we have some certainty over the future of a player who has looked like he had one foot out of the door for the last two or three years. And it's especially important given there's still a lot of uncertainty among Tottenham's defensive stars.

Whether Jan Vertonghen will follow suit and earn a new deal remains to be seen, while Danny Rose has been linked with an exit for years, even if he remains adamant he will run down the remainder of his contract. And Serge Aurier remains, well, Serge Aurier.

At least now with Alderweireld committed and Davinson Sanchez still yet to hit his peak years, Tottenham have a centre back partnership to rely on for the next few seasons.

If you read into what the former Ajax star has said about his contract renewal, it's quite clear new manager Jose Mourinho has played a massive part in turning Alderweireld's perspective around.

"I'm honoured to play for this club and I'm a small piece in getting to the next level in a couple of seasons, to reach the Champions League season-in season-out and then going to the final as well, I think this is just the beginning of something big and something very exciting.

"People know my history, I played for Ajax and of course I have a lot of respect for the club but now I'm a Spurs player and cannot see myself playing for another team, I've got a love for the club. It feels like both ways - I think the club likes me, I love the club, the fans, the stadium, it's like I'm living some sort of dream." 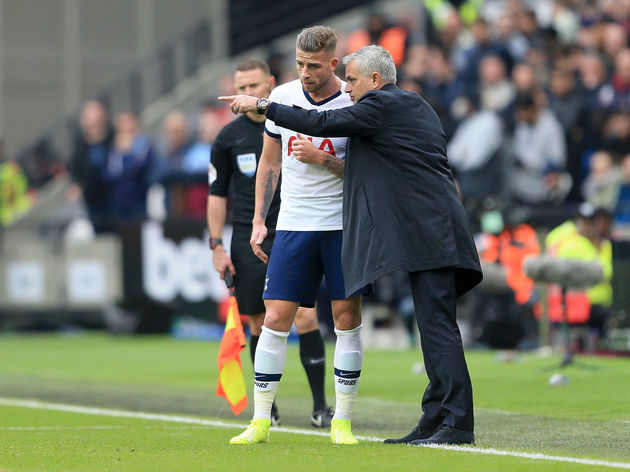 Make of that what you will, but the deal is undeniably a demonstration of Mourinho's pulling power. Sure, this contract - alongside Moussa Sissoko's earlier in the season - may mean Alderweireld stays at the club for one year too many, but let's be real. Take the two extra years of a player who's undeniably one of the best defenders in the ​Premier League and don't worry about a potential loss of form for now. That's just silly.

What ​Tottenham now have in central defence in a sense of everyone knowing where they stand, and hopefully that'll mean no more 7-2 losses to ​Bayern Munich and no more 3-0 thrashings at ​Brighton. And that's a start.