​Arsenal are set to be without a senior left-back until January after the club revealed Sead Kolasinac's injury will keep him out of action for the rest of the calendar year.

The Bosnian defender went down awkwardly under a challenge from Rodri during the Gunners' 3-0 defeat to Manchester City, forcing the 26-year-old to be replaced by teenage winger Bukayo Saka for the remainder of the home loss.

Kieran Tierney has already been ruled out until March after dislocating his shoulder against West Ham at the London Stadium, presenting Freddie Ljungberg with little options to take up the left-back slot, ​official website

Saka was used against City, but it is likely that either Ainsley Maitland-Niles or Calum Chambers will need to fill in for the club's crucial trip to Everton in the ​Premier League on Saturday afternoon, in what it expected to be the Swede's final game as interim boss.

Mikel Arteta's ​imminent announcement as the new permanent head coach is expected later on Friday, although he will be just a spectator at Goodison Park given the lateness of his appointment.

Either way, whoever is in the dugout will be faced with an almighty selection headache which only adds to the mounting issues in north London. Just five wins from their 17 Premier League games this season has seen ​Arsenal endure their worst start to a top-flight season since 1977, with the Gunners languishing in a miserable tenth place in the division. 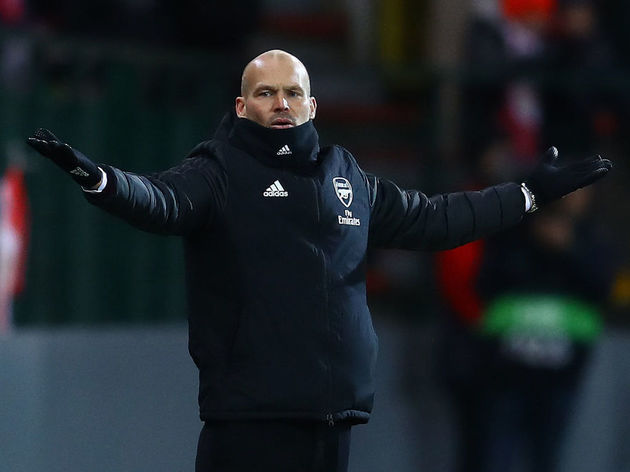 Those aren't the only injury concerns facing the club at present. On-loan midfielder Dani Ceballos is not due to return until after the weekend, while defensive duo Rob Holding and Hector Bellerin are being assessed ahead of their visit to Merseyside.