Manchester United manager Ole Gunnar Solskjaer has denied that Red Bull Salzburg striker Erling Haaland has flown to Manchester for talks over a possible transfer, insisting that the teenage sensation is heading elsewhere on a Christmas holiday.

United have been the club most heavily linked with Haaland, who has scored 28 goals already this season – including eight in the Champions League alone. There has also been interest from Borussia Dortmund, while RB Leipzig recently confirmed they have made an offer to the player. 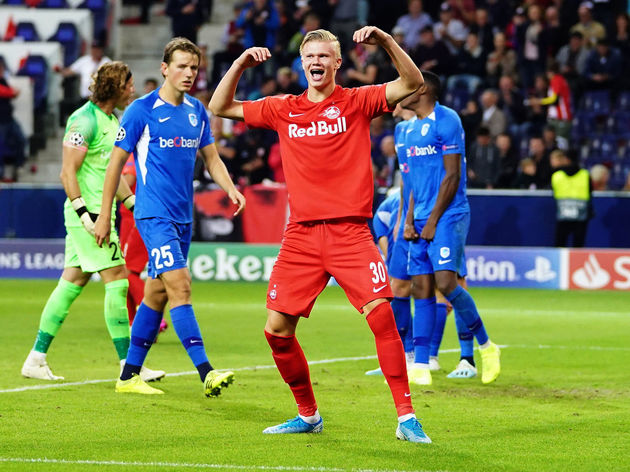 Yet it is United who so far appear to be winning the race, with manager Solskjaer thought to have travelled to Salzburg last week to meet with the player he once coached at Molde.

But Solskjaer has quickly refuted claims that more talks are to take place this weekend after it was reported on Friday morning that Haaland had boarded a flight in Stavanger in Norway.

Both the Daily Mail Norwegian publication Aftenbladet carried the story that he was heading for Manchester, perhaps jumping to the wrong conclusion that it was for transfer talks.

The reports emerged just before Solskjaer was due to face the media at his weekly press conference and it was an obvious source of questioning. 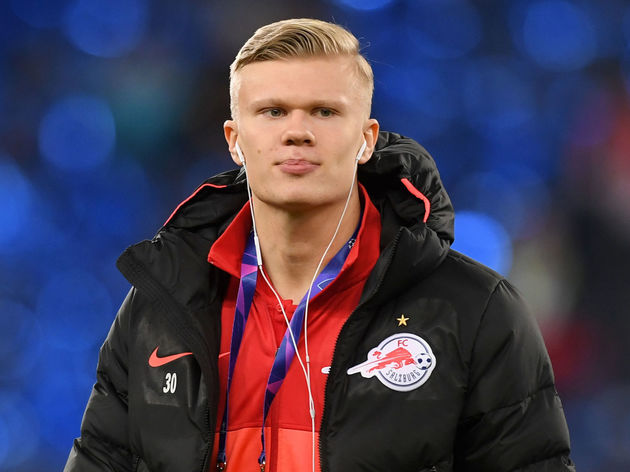 “I don’t think he’s en-route here, to be fair,” Solskjaer is quoted as saying by the Manchester Evening News. “Not through me anyway! You know I can’t comment on other teams’ players, I’ve said that many times and it’s one of those things in this job you get speculation.

“He’s not coming to Manchester [on the flight]. I know the boy and I know his friends and he’s on a Christmas holiday. You can’t fly anywhere from Stavanger, you need to go via!”

But while Solskjaer has denied that United will be meeting Haaland this time around, what his comments did highlight was just how closely he personally knows the player.

Haaland is instead believed to have flown through Copenhagen en-route to wherever his holiday destination is. The player and his father, Alf-Inge, later made light of the situation by posting an image on social media stood in front of an airport departures board. It had Danish on it, hinting that the detail about the connecting flight being through Copenhagen was correct.

Where the transfer hunt is concerned, United’s position was strengthened this week when it was reported by Norwegian broadcaster TV2 that Solskjaer’s increasing job security in light of improving performances calmed Haaland’s concerns about a potential managerial change.

Despite rumours earlier this season about a price tag potentially up to €100m, Haaland could cost United as little as €20m (£17m) owing to a release clause. Liverpool managed to sign his highly rated teammate Takumi Minamino this week for just £7.25m in similar circumstances.

Solskjaer confirmed his interest in Haaland earlier this week.

“He is a player I like. We are looking for good players all the time. Erling has had a good development, so he has to develop further wherever he decides,” the United boss said. “I don’t need to talk so much about him, but we as a team always look for players who can complement the others we have, and then we see what we end up with.”