Everton host Arsenal at Goodison Park on Saturday afternoon as both sides look to gain all three points under their new regimes.

The Toffees are set to appoint Carlo Ancelotti as their new manager on a permanent basis following the sacking of Marco Silva,​ and despite Duncan Ferguson's impressive stint as caretaker after gaining 18 points from their opening 17 Premier League games this season.

Meanwhile, Arsenal look set to appoint current Manchester City assistant manager and former Everton captain Mikel Arteta as their new head coach following the dismissal of Unai Emery and the interim leadership of Freddie Ljungberg. The Gunners are wallowing in tenth place with 22 points from 17 games - their worst start to a league season for 37 years. With change imminent in both dugouts, both sets of players will be eager to make a positive early impression on their awaiting coaches and Saturday's clash should therefore make for an interesting fixture with goals at both ends. Duncan Ferguson will have a number of absentees for his final game in charge of ​Everton, with the likes of Theo Walcott (calf), Morgan Schneiderlin (calf), Andre Gomes (ankle) and Jean-Pierre Gbamin (quadricep) all sidelined.

Doubts remain over the fitness of Fabian Delph, Lucas Digne, Gylfi Sigurdsson and Djibril Sidibé, who all face late fitness tests ahead of Saturday's fixture against the Gunners. It remains to be seen whether Moise Kean will feature following his bizarre substitution 18 minutes after having come on as a substitute himself against Manchester United last weekend. Freddie Ljungberg may also have to make do without a number of first team players ahead of his final game at the helm. Kieran Tierney was forced off against ​West Ham after dislocating his shoulder and remains sidelined for up to three months. Dani Ceballos (hamstring) continues to recover ahead of his return to action, while Rob Holding (knee) is also unavailable.

Sead Kolašinać faces a late fitness test after being substituted against ​Manchester City on Sunday, while Héctor Bellerín and Granit Xhaka will also be closely monitored ahead of Saturday's game.

Soon-to-be Arsenal boss Mikel Arteta will be watching on with interest when the Gunners face another of his old clubs, who will be looking to secure back-to-back away league wins for the first time since October 2018.

An early setback could be on the cards for Arsenal: they have conceded the first goal in more Premier League games (11) than any other team this season, while Everton have scored 65 per cent of their league goals in the first half. The Gunners are also without a clean sheet for 14 games, their worst run since 1984.

Everton and ​Arsenal have faced each other 54 times in the ​Premier League to date, with the Gunners dominating their opponents with ​33 wins to the Toffee's eight, with the remaining 13 games ending in a draw. Everton won the last fixture 1-0 at Goodison Park, although Arsenal have also controlled recent meetings, winning four of the last five against Everton with an aggregate scoreline of 15-5.

Everton remain unbeaten across all competitions since Ferguson took charge, easing past Chelsea 3-1 and picking up draws against ​Manchester United in the Premier League and ​Leicester City in the Carabao Cup.

Having said that, the Toffees have only managed five league wins so far this season - the joint fourth lowest in the league - and have found scoring a tough task, netting 20 times in their opening 17 games. 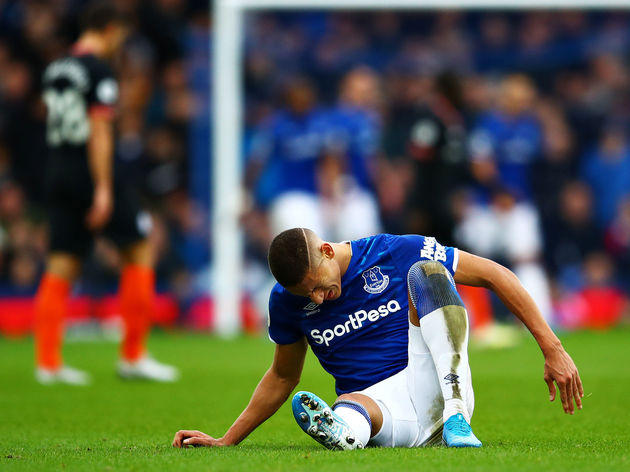 Arsenal's troubles this season have been well documented; one win in their last 12 games in all competitions speaks volumes. The lacklustre performances from the Gunners so far this season saw head coach Unai Emery sacked from his position, but life under Ljungberg has been far from fruitful - the Swede has picked up just four points from as many league games in charge of the north London club.

Despite picking up a valuable three points at the London Stadium, Arsenal have found away wins extremely hard to come by recently, picking up just one in their last seven away games in the league. The Gunners have conceded ten goals in their last five outings, averaging two goals per game and will need to plug the gap defensively to stand any chance of a top four finish this season.

Everton and Arsenal find themselves in a parallel position; sacking a manager and replacing them with interim bosses who know and understand the club.

Everton's appointment of Ferguson has seen a sharp upturn in results at home to ​Chelsea. Despite not hitting the heights they are capable of, Arsenal's front four of Pierre-Emerick Aubameyang, Alexandre Lacazette, Nicolas Pépé and Mesut Özil are capable of destruction on their day and should be able to see off a stern Everton side.

The Toffees, however, come into this fixture in rich form and full of confidence, something their Arsenal counterparts cannot currently boast. Ferguson has his side playing at full throttle and will be eager to come away with all three points against Arsenal, just as they did last season. Saturday's fixture should therefore make for an interesting and open-ended affair with both sides gunning for the win.