Liverpool have confirmed that they have reached an agreement to sign Red Bull Salzburg's Takumi Minamino in January.

The Japan international underwent his medical on Wednesday and met with club officials to finalise personal terms ahead of the move, which is thought to be worth £7.25m.

The club have now taken to their ​official website to confirm that Minamino passed his medical, and the forward will officially complete a switch to Anfield once the January transfer window opens.

“It has been a dream, my dream to become a ​Liverpool player. And I’m so excited that the moment has come true," Minamino said.

“But I never thought I would be able to play in this team and I’m really happy about it. I’m looking forward to it.”

Minamino has already had several chances to watch Liverpool, having faced Jürgen Klopp's side twice in the ​Champions League this season, and he was full of praise for what he saw from the Reds.

“From those games I learned this team has such a high level of technique and intensity,” he added. 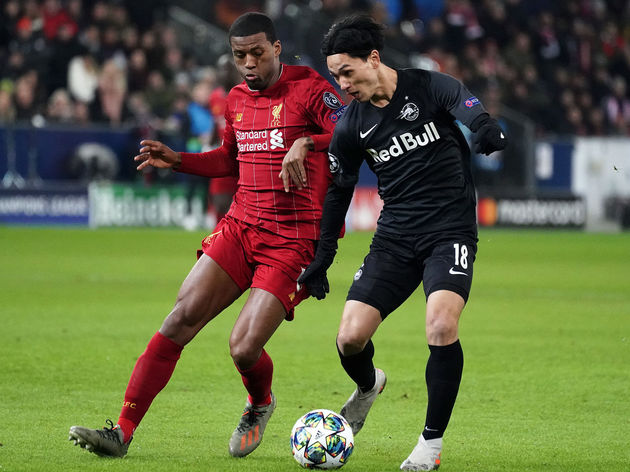 “Their football is of such a high level and I did feel that they were the champions of the Champions League. Feeling that, it makes me feel even happier that I can play in this team. I’m really happy to be part of that team."

Clearly looking forward to the challenge, Minamino admitted that he has high expectations for his time on Merseyside.

“My target is to win the Premier League and the Champions League, and to make good contributions to the team," he said.

Minamino will officially join the club on January 1.