Chelsea Women manager Emma Hayes has retracted her comments over the paltry state of Liverpool's pitch following the sides' 1-1 draw in the WSL on Sunday.

Hayes denounced the condition of the Prenton Park pitch, labelling it as 'a stain on their football club', in the aftermath of the game, however she has now apologised for her remarks.

Thanks to the fans for coming out yesterday. @LiverpoolFCW are a wonderful team with a fabulous manager and deserved the point against us. Also I apologise for my frustration regarding the pitch. You deserve better. I’m sorry for my comments.

In her original verdict, Hayes was particularly damning of the Prenton Park playing surface, when she spoke to ​the Daily Mail at the end of the match.

"This pitch shouldn't be part of our league," she said. "Our league deserves better standards and I think Liverpool Football Club - champions of Europe - should provide their women's team with significantly more than they're doing."

Perhaps the reason for such an outburst was a missed opportunity. Hayes would have seen the result as a day where her side lost the chance to go within two points of leaders Arsenal.

As for winless Liverpool, holding third-placed ​Chelsea would have felt like a victory, especially as the point lifted them off the foot of the ​WSL table. 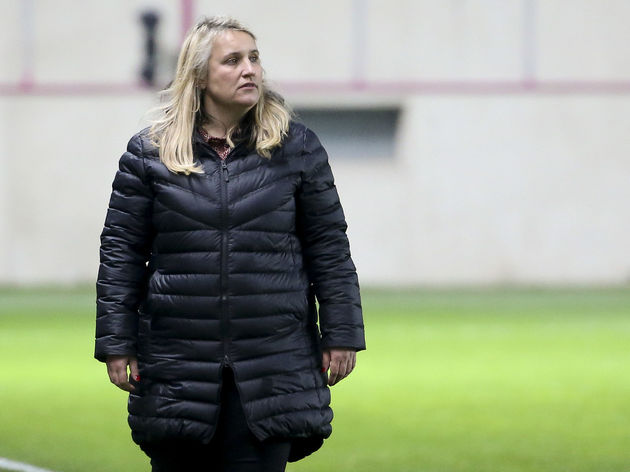 But, Hayes has since held her hands up for blaming the pitch and taking attention away from Liverpool's commendable performance.

Reds boss Jepson took to social media to reply to her counterpart; "

The Merseysiders also released a club statement, ​via the Liverpool Echo, explaining the reason for the match going ahead and their acceptance of Hayes atoning for her post-match remarks. “Liverpool Football Club welcomes the apology from Emma Hayes following her comments about the pitch."

“In Prenton Park, Liverpool Women have the use of a League One facility, further up the football pyramid than many other clubs in WSL.

“Despite dreadful weather conditions in the run-up to Sunday’s game – and heavy rain during play - the ground staff ensured a playable pitch and a highly competitive game was the result."

In the game itself, Liverpool raced into an early five-minute lead courtesy of a goal from Niamh Charles but Chelsea were soon back level after Beth England struck, and that is how it stayed.