​Newcastle United are set to end their interest in Hull City star Jarrod Bowen, with the Tigers' high valuation and Tottenham's interest in the player convincing them they have little chance of securing his signature.

22-year-old Bowen has emerged as one of the hottest talents in the country, registering 15 goals in just 22 Championship appearances in 2019/20. 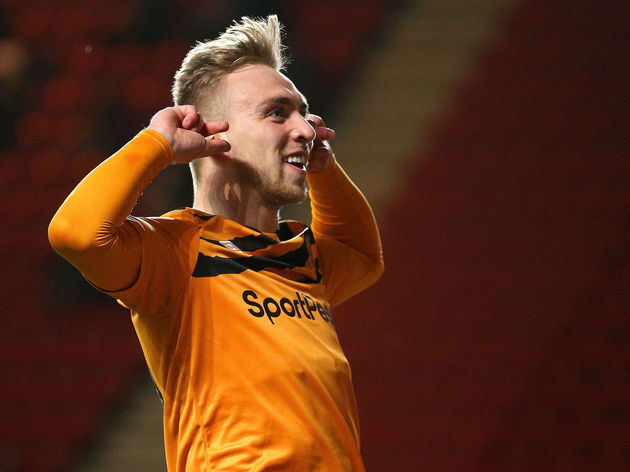 His form has attracted the attention of a number of Premier League sides, while Cardiff also made a bid for the player back in January. ​90min exclusively revealing

Magpies boss Steve Bruce had previously worked with the youngster during his time as Hull manager, witnessing his development as a youth player at the club.

However, the ​Northern Echo has reported that the Magpies are set to pull out of the race due to the forward's £20m asking price and interest from Spurs, which they believe will massively decrease their chances of signing the Englishman. Despite his hefty price tag, Bowen has just over six months until his contract expires in the summer. Although the Tigers are able to trigger a one-year extension to prevent this, the situation remains precarious and this will encourage ​Bournemouth who remain interested in a January transfer.

Bowen is said to be viewed as the perfect replacement for Cherries star Ryan Fraser who is likely to leave the club when his contract expires in the summer.

Burnley, Sheffield United and Brighton, as well as Championship high-fliers Leeds United and West Bromwich Albion are also in the hunt for his signature, but Spurs' entry into the race will likely blow these teams out of the water.