​Chelsea are struggling to come to an agreement over new deals for academy products Tammy Abraham and Reece James as the Blues look to tie down all of their homegrown prospects.

James signed a new deal with the club at the start of last season and Abraham put pen to paper in 2017, but the pair are holding out for improved deals which reflect their new roles within the Chelsea squad. 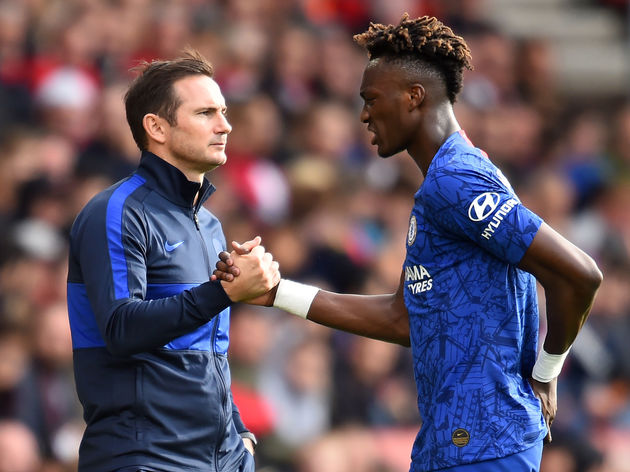 Fellow academy graduates Callum Hudson-Odoi, Fikayo Tomori, Mason Mount, Ruben Loftus-Cheek and Billy Gilmour have all recently signed new-and-improved deals as a reward for their development since breaking into the Chelsea first team under Frank Lampard.

But ​The Telegraph report that the Blues have not been able to strike a deal with Abraham or James, whose current contracts will expire at the end of the 2021/22 campaign.

It is believed that the Chelsea hierarchy are desperate to secure their assets for the foreseeable future, but there is not expected to be an imminent breakthrough in talks between players and club.

Abraham has been in sensational form since his return to Stamford Bridge following a successful loan spell at ​Aston Villa, with 22-year-old has bagging 11 goals in 16 league matches for Lampard's side.

The youngster has shouldered the majority of ​Chelsea's goalscoring responsibilities, lifting the Blues to a top-four spot in the Premier League, and securing a place in the last 16 of the Champions League.

James has also been impressive at right-back since he retuned from a season-long loan at Wigan Athletic, wrestling the position from Cesar Azpilicueta and impressing with his dynamic and courageous displays. The duo are crucial to the Blues' future plans, but they may be forced into bumping their salaries to a figure near the £150,000-a-week which was offered to Hudson-Odoi to fight off interest in the winger from ​Bayern Munich.

It is thought that star man Abraham will want financial parity with his teammate given his importance to the side and their reliance on his goals this season, while Hudson-Odoi is yet to register a Premier League goal.