Having lifted the trophy last season, the Reds are looking to become only the second team in the Champions League era (post-1992) to successfully retain it. But Atletico are a club with rich recent European pedigree and will provide a major challenge for Jurgen Klopp’s side.

Here, 90min breaks down what awaits Liverpool when they land in Madrid...

How They Fared in the Group Stages Atletico qualified for the knockout stages by finishing second in Group D behind Juventus, taking 10 points from six games.

They began strongly with a draw against Juventus and back-to-back wins over Lokomotiv Moscow and Bayer Leverkusen. But defeats against Leverkusen and Juve meant that a place in the last 16 wasn’t secure until beating Lokomotiv on matchday six. Having finished second in La Liga ahead of Real Madrid in each of the last two seasons, Atletico have slipped down the pecking order in 2019/20. At the time of writing, Los Rojiblancos are fifth, with Sevilla and Getafe currently above them in the Champions League qualifying places.

Atletico have struggled to get wins in La Liga, taking maximum points in only seven of their 17 games. They have been very difficult to beat, losing fewer games than leaders Barcelona, but have drawn too often to be competing for the title. There have had four 0-0 draws alone. Saul Niguez is one of the first names on the teamsheet and, at the age of just 25, could well have played his 300th game for the club by the end of the season.

Saul was an ever present in the Champions League group stage and has played more minutes in La Liga this season than any other outfield Atletico player. He plays with energy and aggression and is a fierce competitor that embodies the spirit of his manager on the pitch. 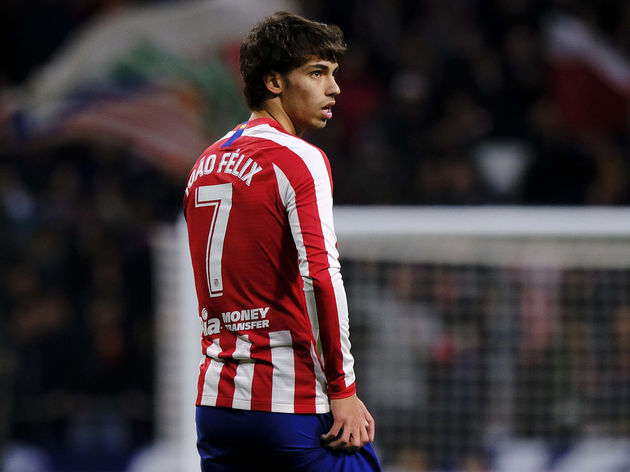 Still only 20, Felix usually starts when fit, although he had to miss six games earlier this season because of injury. Won the 2019 Golden Boy award this year and is reminiscent of Kaka. Diego Simeone is fast closing in on the eighth anniversary of his arrival as Atletico coach in December 2011, returning to the club where he spent three years as a player. Simeone has rebuilt his defence this season following the summer releases of veterans Diego Godin, Juanfran and Filipe Luis, as well as the big money sale of Lucas Hernandez.

Yet, despite the overhaul that has seen Kieran Trippier, Renan Lodi, Felipe and Mario Hermoso join for transfer fees each in excess of €20m, keeping opponents out remains a strength. Behind the back four, Jan Oblak is arguably the best goalkeeper in the world.

Atletico have the meanest defence in La Liga this season after conceding only 10 goals in 17 games so far. In the Champions League, they kept clean sheets in half of their group games, while only five of their other 15 qualifiers picked the ball out of their net less often. While stopping goals is a strength, scoring them is Atletico fall down. Every one of La Liga’s other top 13 clubs has outscored them this season after netting just 18 times in 17 games.

They have struggled to replace the goals lost when Antoine Griezmann finally joined Barcelona in the summer, with Alvaro Morata the only player to have scored more than twice in La Liga.

Diego Costa is a shadow of his former self, largely thanks to injuries, and has scored only seven times in 42 league games since his second debut for the club in January 2018.