​Major League Soccer has confirmed that an expansion team has been awarded to Charlotte in North Carolina.

The Charlotte team will be the 30th franchise side to join the league, with this news coming after ​much speculation that an announcement was ​imminent.

​Major League Soccer released an announcement video on their official Twitter to confirm the news that the Charlotte team would be joining in 2021.

MLS comes to the Carolinas.

The expansion bid was led by billionaire David Tepper, who owns the Carolina Panthers, a National Football League team. It is not surprising then that this new franchise will be playing at the Panthers' stadium - the Bank of America Stadium in Charlotte.

These will be our goals with Charlotte’s MLS team, and the work begins today.”

The MLS is currently undergoing a huge expansion which will see six new teams enter the league over the next three years - including the Charlotte franchise.

This expansion also includes David Beckham's Inter Miami CF and Nashville SC who will enter in 2020. Charlotte will enter the league in 2021 with Austin FC, before the Sacramento Republic and St. Louis join in 2022, bringing the league's number up to 30. 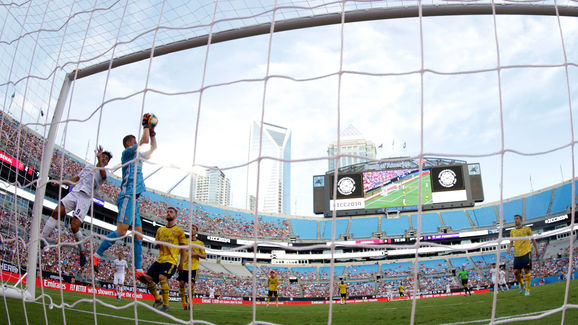 It will not be the first time that the Bank of America Stadium has hosted a football (or if you like - 'soccer') game as 69,000 flocked to Charlotte to watch Liverpool take on ​AC Milan in 2014. Another 61,000 went to watch ​Chelsea vs PSG in 2015, while it also hosted a CONCACAF double header that drew a crowd of almost 60,000.