​Swansea are in pole position for Liverpool starlet Rhian Brewster due to the player's relationship with Steve Cooper, as the teenage striker looks set for a loan move in January.

The 19-year-old had been tipped for a breakthrough season in Liverpool's first-team, after recovering from a serious injury which kept him out of almost the entire 2018/19 campaign.

Daniel Sturridge's departure seemed to open the door for the Under-17 World Cup winner, while Jurgen Klopp called the player - who was a contemporary of Jadon Sancho, Phil Foden and Callum Hudson-Odoi in the England youth set-up - ​a 'really big talent'. 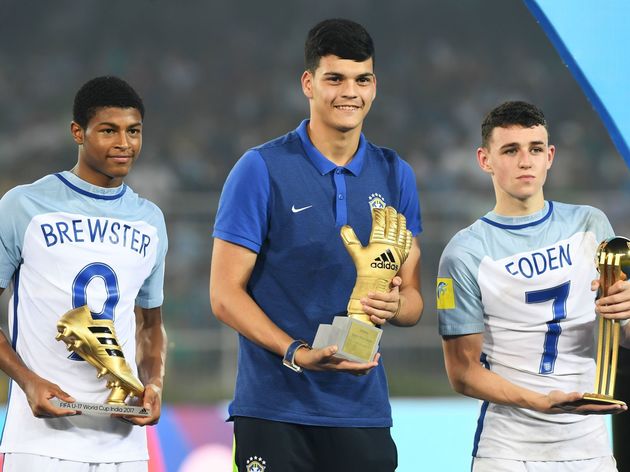 However, ​Liverpool's near-perfect half-season has afforded Brewster little opportunities, with the striker featuring only in the Carabao Cup to date.

Last week it was reported that Liverpool were expected to ​sanction loan moves for both Brewster and Curtis Jones in January in a bid to get them more first-team game-time.

Cooper was the coach behind England's Under-17s World Cup success two years ago, where Brewster won the Golden Boot and Bronze Ball.

Apparently Premier League Crystal Palace were also interested in a temporary move, but Liverpool are keen to guarantee a club where Brewster will get regular game time - making a Championship side most likely.

Brewster may or may not feature in Tuesday night's Carabao Cup quarter-final against Aston Villa, with Liverpool forced to field a second-string side due to the first-team already being in Qatar for the Club World Cup. The young forward is carrying a slight injury, as noted by Under-23s coach Neil C