​Manchester City winger Leroy Sane has returned to the football field for a training session for the first time since his horror injury during the FA Community Shield back in August.

The 23-year-old was forced off after just ten minutes of the Community Shield clash with Liverpool back after suffering a serious knee injury.

While initially expected to be out until spring 2020, ​it was reported at the start of November that the Germany international had begun training in the gym and was set to intensify his recovery work. The report noted that the player told friends close to him that he was way ahead of schedule, while it also mentions that he could be set to return in February.

The latest update comes from the winger's Instagram story. On Monday, Sane posted a picture of himself wearing football boots, with the caption reading: "First pitch session done!"

Further to this, ​the Manchester Evening News have now reported that the ​City man will be back in action 'sooner rather than later'.

While Sane appears to be edging closer to a return, his future still remains uncertain. The player was heavily linked with a move to German giants ​Bayern Munich in the summer, but a deal failed to materialise. 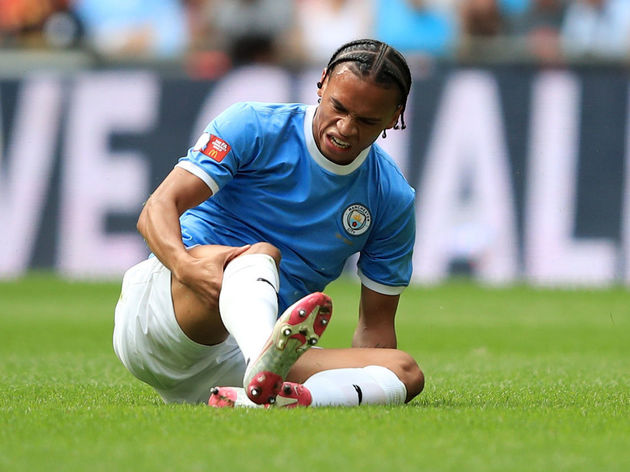 Despite this, ​it was revealed at the start of October that ​it was later reported

The Manchester side currently sit third in the Premier League, but find themselves 14 points behind runaway leaders Liverpool after just 17 games. Most recently, Pep Guardiola's men bounced back from their Manchester derby defeat by easing past Arsenal, with Kevin de Bruyne starring.

The latest update from Sane suggests that the player could be in line to return to action before February, but his future remains up in the air.