​Wilfried Zaha was yet again the man for Crystal Palace as his strike salvaged a 1-1 draw for the Eagles against an impressive Brighton side at Selhurst Park on Monday night.

Zaha has struggled to be at his brilliant best this season, while there have been some suggestions that a failed transfer in the summer has potentially impacted on his form. 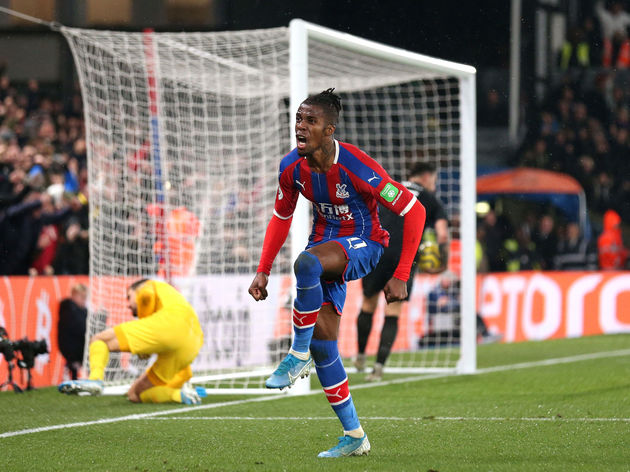 However, his thunderous strike against the Seagulls was his third in the Premier League in five games, after also bagging against Liverpool and Burnley.

In fact, one stat suggests that ​Brighton were the perfect side to help continue ​Zaha's momentum. The Ivory Coast international just loves playing against Graham Potter's men, scoring six goals against Brighton in all competitions - more than he has managed against any other side.

Zaha first scored against Brighton way back in the 2011/12 season, while his double against the Palace's rivals in the 2012/13 Championship playoffs was crucial in sealing promotion that year.

In 11 meetings in all competitions, Zaha has six goals and two assists against the Seagulls. At times on Monday night, it looked like a result for ​Palace was out of the question. The Eagles simply failed to create clear-cut chances, with Brighton dominating proceedings. The visitors were also left with cause to be critical of VAR after Martin Montoya was denied what looked like a seemingly stone-wall penalty.

However, with a player of the quality of Zaha at their disposal, Palace were always in the game as long as the lead was restricted to just one goal. With 15 minutes left of the game, the tricky winger managed to create some space on his left foot, and powered the ball into the top corner leaving Mat Ryan with no chance.

Palace now head to Newcastle on Saturday, knowing that Zaha will once again be pivotal if they want to get the three points. With the January transfer window fast approaching, Roy Hodgson has seemingly admitted that they may not be able to hold onto their star man.

​He said after the game: "I’m counting on Wilf, I’m delighted to be working with Wilf but when the transfer window is coming around I can never say exactly what will happen.
​
​"I will have to adjust, as will the club, to anything that comes our way."