​Andy Carroll has angrily to criticised debutant Premier League referee Tim Robinson after Newcastle's 1-0 defeat to Burnley at the weekend.

Carroll rejoined his boyhood club this summer on a free transfer from West Ham, and was making just his second start after his return in the clash at Turf Moor on Saturday.

The Clarets' winning goal came from a corner which Robinson - who was refereeing his first Premier League game - initially gave as a goal kick, sparking fury from the crowd. 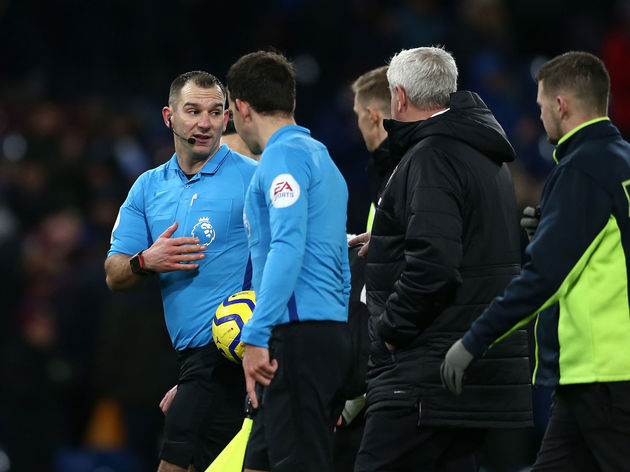 Carroll was also outraged by that decision amongst many others on the day, and called out the officiating performance after the game.

“Fabian Schar has come in the dressing room with bumps all over his head, bruises everywhere and somehow nothing. It's a disgrace" he said to the press after the match, as quoted by ​the ​Daily Mail.

“Let’s face it, it was a disgusting game.

“We gave everything we could give, but it was a poor game.

“There were decisions they got that we didn’t get and it’s frustrating.

“The ref has given a corner after he had given a goal-kick and it was a foul on Federico.

“We tried to get the equaliser and push on. But there were lots of decision we didn’t get and it kills the game for us.”

​Burnley boss Sean Dyche claimed after that Carroll could easily have seen red for an elbow, but the former ​Liverpool forward remains convinced that he is being harshly treated by officials.

​Newcastle had been on a good run of form before the defeat on Saturday, winning two out their previous three matches.

The result leaves them in 11th place in the league table, seven points clear of the relegation zone.