Atletico Madrid vs Liverpool: When Is the Last 16 Champions League Game? Who Won Their Last Meeting?

Jurgen Klopp's side eased through to the knockout stages (in the end) after overcoming a stubborn Salzburg side, topping Group E ahead of Napoli - who inflicted the Reds' first and currently only defeat of the 2019/20 season.

A tough challenge against a sturdy Atletico side awaits, with Diego Simeone's side still ridiculously difficult to break down, despite their own troubles in front of goal.

With the tie a few months away, there are some loose ends to tie up if you're a Liverpool or Atletico fan - so here's everything you need to know at this stage of proceedings...

When Are the Champions League Last 16 Games? The Champions League now takes an enforced break for the next two months, as Europe's elite focus on their own domestic agendas.

We're back in the groove in the middle of February, when Atletico host Liverpool at the Wanda Metropolitano on February 18.

That game kicks off at 8pm (UK), as does the return leg at Anfield - which is three weeks later on March 11. 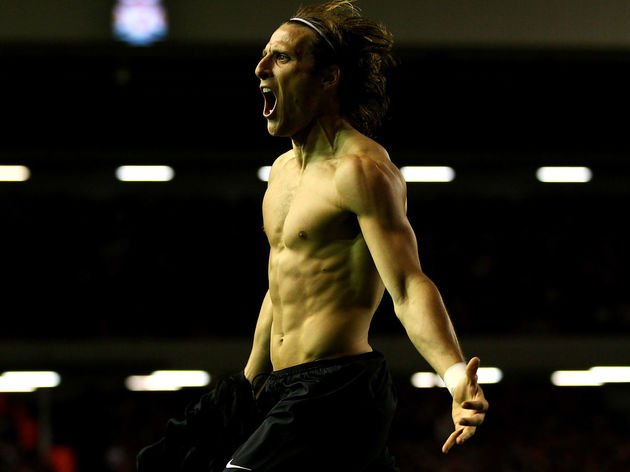 Liverpool and ​Atleti have previously met four times in European competition, twice in the Champions League and twice in the Europa League.

The Champions League clashes came during the 2008/09 season, when both games ended in a 1-1 draw. Both teams would end the group stages unbeaten, though ​Liverpool would go one step further in the knockout stages - being eliminated in the quarter-finals by Chelsea, while Atletico lost out to Porto in the last 16.

The Europa League clash between the pair came up at the semi-final stage in 2010 and saw Atleti eliminate the Reds at Anfield thanks to former Manchester United striker Diego Forlan. His goal enabled Los Rojiblancos to level the aggregate scores at 2-2, sending the visitors through to the final on away goals.

Atleti would triumph in the final over surprise package Fulham, who were managed by soon-to-be Liverpool boss Roy Hodgson.

How Does the Champions League Knockout Stages Work? It's quite simple, really.

We will have two games, one played at home and one played away, with the winner on aggregate going through to the last eight.

If the scores are tied, away goals will be taken into account - but if all is still level after all that, we will enjoy the luxury of extra-time and then penalties before we have a winner.

When Is the Champions League Quarter-Final and Semi-Final Draw? Both teams will be eagerly anticipating who is up next, once they have last 16 victory under their belt.

The pair won't have to wait long, with the draw for

When Are the Champions League Quarter-Finals, Semi-Finals and Final Played?​ Nobody likes getting ahead of themselves, but it's good to know what is coming up. The quarter-final first leg games will be played on April 7 & 8, with the return legs the week after.

The semi-final ties will be played on April 28 & 29, with the follow-up clash taking place on either May 5 or May 6. Should either side still be involved, the final will be contested on May 30 at the Atatürk Olympic Stadium, Turkey.