​It's fair to say that the Champions League round of 16 draw has delivered us some absolutely mouthwatering fixtures. From Manchester City vs. Real Madrid to Spurs vs. Leipzig, there are some top clashes all round.

However, the best tie of the round is undoubtedly Liverpool vs. Atletico Madrid. The current European champions take on Diego Simeone's two-time Champions League finalists in what is guaranteed to be thrilling affair.

Should Liverpool want to make the quarter-finals, they will know that they have to be at their absolute best to progress. Despite Atletico not being at their strongest so far this season, they are a big game team and will make it as tough as possible for the Reds.

Excited for February? Of course you are. So let's give you more reason to be with five reasons why Liverpool vs Atletico Madrid is set to be the best round of 16 tie.

A Clash of Styles The Reds are at their best when teams give them space so players like ​Sadio Mane and ​Mohamed Salah can rip open teams with their pace. However, we have seen that at times they do struggle against opposition that sit back and defend resolutely.

Atletico Madrid are guaranteed to do just that. With the immense Jan Oblak in goal, the brilliant Jose Gimenez in the heart of defence and Thomas Partey anchoring the midfield, it will be so tough for Liverpool to open up Atletico.

It will make for thrilling viewing. Look, Atletico are struggling for goals this season. Their counter attack isn't as lethal as it used to be a few years ago, but with a rejuvenated ​Alvaro Morata up front alongside wonderkid Joao Felix, they will still pose a threat on the break to many teams.

As good as Liverpool have been this season, they have been a lot more open defensively. They seem to be leaking a lot more chances and goals compared to last campaign. ​Atletico will definitely be well aware of this and attempt to target this weakness. If they want to progress, this will be a major factor over the two legs.

An Under Pressure Manager 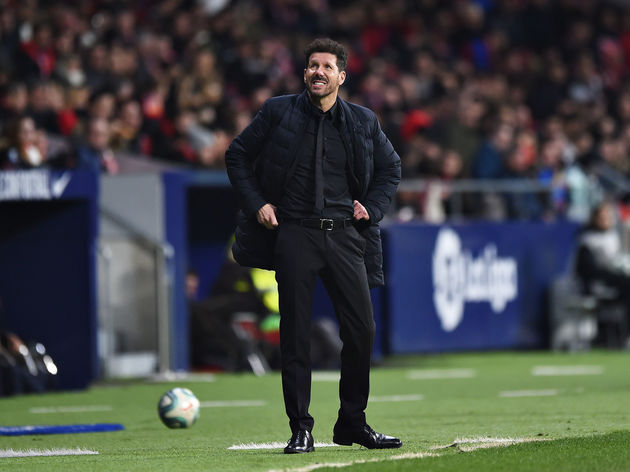 For the first time in his eight-year tenure at the club, Diego Simeone is under quite some pressure. A number of poor attacking performances in the league leaves his side six points behind leaders Real Madrid and Barcelona, despite playing one game more than them.

However, he might just relieve some of that pressure with a run in the ​Champions League, meaning a win against the current European champions is an absolute must. A loss against Liverpool could be a disaster for the Argentinean, potentially leaving his job on the brink.

But one thing we know about El Cholo is that he is a fighter. He will leave utterly everything on that touchline and give his all in an attempt to knockout Liverpool. This makes Atletico such formidable opposition regardless of the form they're in. 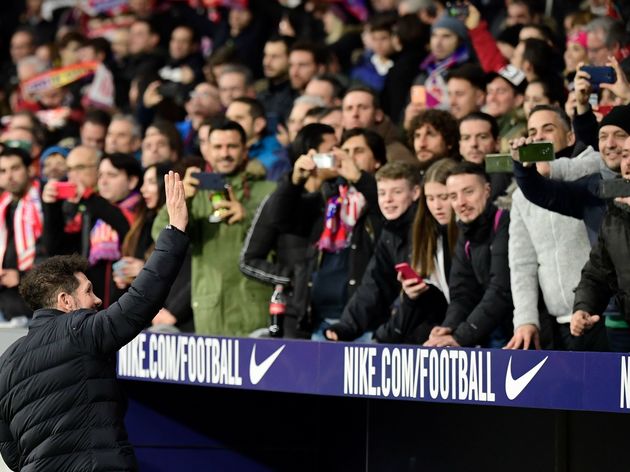 One thing is for certain, both legs are guaranteed to give us some of the most incredible and hostile conditions around the whole of Europe. The Anfield crowds is phenomenal on European nights, and play as somewhat of a 12th man for the Reds.

The scenes at Wanda Metropolitano Stadium are fairly mental too. The Atletico fans may even be the best at creating the most hostile atmosphere anywhere in the Champions League, and they will be willing their side on to victory for the whole 90 minutes.

Regardless of what the end result will be, seeing the crowds and atmosphere will be a stunning sight in itself.

A Return to Madrid With Liverpool gearing up to head to Madrid, they are also set to return to the exact scene of their Champions League triumph over Spurs back in June.

The Wanda Metropolitano Stadium was the venue where Liverpool beat Spurs 2-0 to lift their first European crown since 2005, so it will undoubtedly bring back some good memories for Jurgen Klopp's men, and also add another interesting dynamic come February.