Nicolo Zaniolo is ranked 45th in 90min's European Player of the Year series.

Over the past year or so we've seen a wave of Italian midfielders break through at their clubs and cement themselves as some of the most promising players in Europe.

The 20-year-old is now one of the Serie A club's most important players and is one of their leading figures in their quest to qualify for next season's Champions League, with Roma currently sat fourth.

​Announcing Himself on the Champions League Stage (2/12/19) 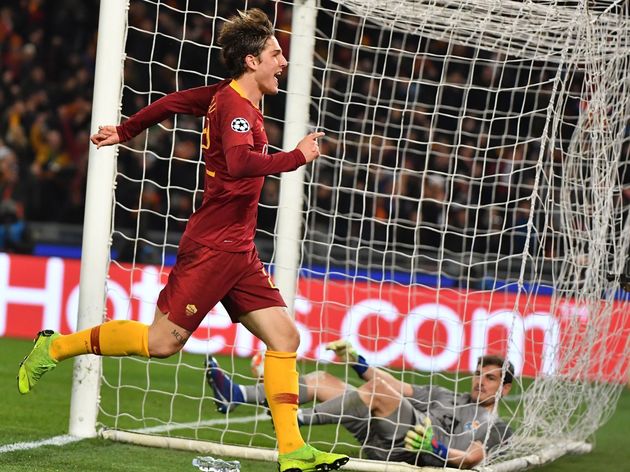 Roma have enjoyed a few remarkable nights in the ​Champions League over the past few years - that comeback against ​Barcelona is probably up there, but the first leg triumph over Porto was also a more than enjoyable occasion.

Roma beat their Portuguese opponents 2-1 at Stadio Olimpico, with Zaniolo grabbing both goals to give his side the lead heading into the second fixture.

His first was a clinically taken strike past Porto goalie Iker Casillas before he showed great positional awareness to follow up after Edin Dzeko struck the post.

Roma would be knocked out of the competition, losing the second leg 3-1 after extra time, but the game still served as an excellent showcase for Zaniolo to display his skills.

The youngster signed a new deal with Roma in August, committing his future to the club until 2024.

Roma have improved since Paulo Fonseca arrived in the summer and are clearly heading in the right direction, with Zaniolo one of a number of young players at the club capable of taking them forward. 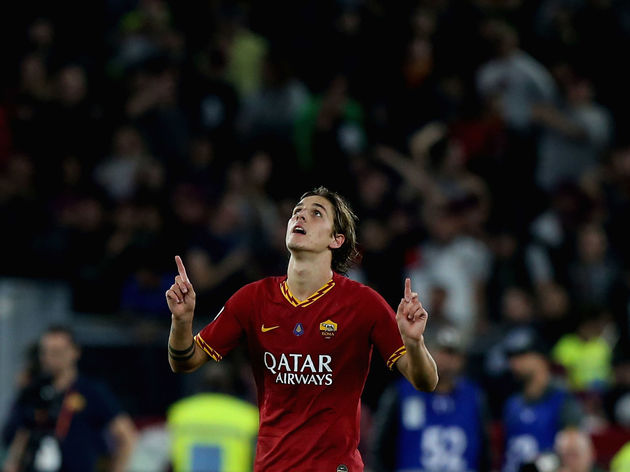 I won't lie, this particular goal has only made the cut because the writer of this article was at Stadio Olimpico to see it first hand. Yeah, I'm sorry, but it was a great game and another terrific performance from Zaniolo.

With the score tied up at 1-1 after goals from Edin Dzeko and Theo Hernandez, some sloppy ​Milan defending saw the ball fall for Zaniolo. The Italy international took a touch before wrongfooting Gianluigi Donnarumma, curling into the opposite corner. 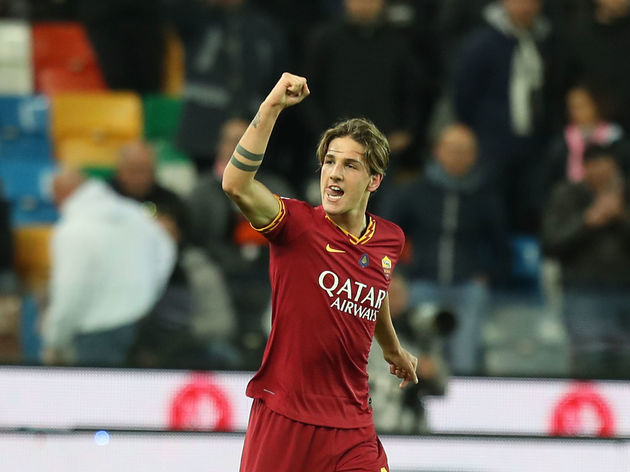 Barely a couple of days after playing a pivotal role in that win over Milan, Zaniolo would bag his first ever away goal for Roma in a 4-0 thumping of Udinese.

It's probably one of the easiest goals he's likely to score - Udinese defender Samir just totally missing his kick to let the Roma star through on goal.

Still though, they all count! Zaniolo is definitely a footballer who knows how to celebrate a big occasion in style.

Making his 50th appearance for Roma in a clash against Napoli, Zaniolo tip-toed his way past a challenge before firing high into the net past Alex Meret from the edge of the box. Italy coach Roberto Mancini has thrown a lot of faith behind the nation's young players, with stars like Barella, Sandro Tonali and Lorenzo Pellegrini very much seen as the future in midfield.

And what's good for Mancini is that while strikers like Andrea Belotti and Ciro Immobile have struggled on the international scene at certain points despite their impressive domestic showings, he has midfielders like Zaniolo who can break lines and get into scoring positions.

He would score his first international goals for Italy in November against Armenia, showing a quick turn of pace to arrive for his first before slamming one in from the edge of the area.