​Exclusive - Everton interim manager Duncan Ferguson had admitted he expects to remain in charge for his side's meeting with Leicester City in the Carabao Cup quarter-final on Wednesday.

Put in temporary charge while the club search for a replacement for Marco Silva, Ferguson has led his side to a victory over Chelsea and a draw with Manchester United, but the Toffees remain on the lookout for a permanent option. 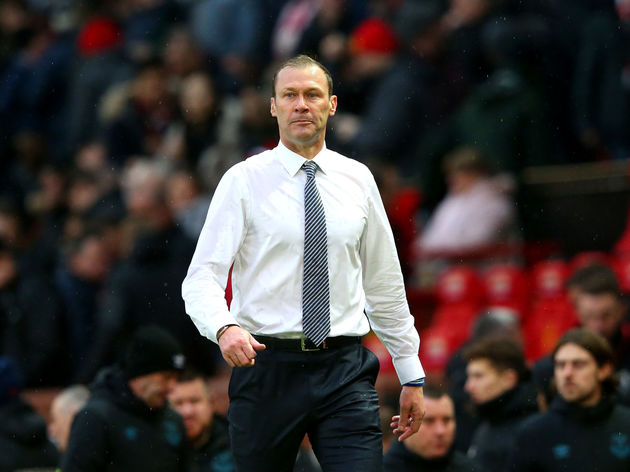 Speaking after Sunday's 1-1 draw with ​United (via ​BBC Sport), Ferguson revealed he expects to still be in charge on Wednesday, but he reiterated that he does not actually want the job on a permanent basis.

"I think I will be [in charge]," said Ferguson.

"I think it's buying them a bit of time to get the right man in, a couple of results, they can make the process more diligent.

90min has learned that ​Everton are still pushing to bring in former ​Napoli boss Carlo Ancelotti, and they would likely bring him in if he does decide to accept their offer at any point, but they are happy to wait if not.

Ferguson was expected to be in charge for four to six games anyway, but the Toffees are delighted with the impact he has made on the squad in such a short space of time. As a result, they are seriously considering letting him stay until the end of the season. "[The players] seem to be motivated, they are in a perilous position and understand that, they've to fight for the shirt and that's what I'm doing," Ferguson added.

Everton now find themselves 16th in the ​Premier League, three points away from the relegation zone, and they will now look to use that momentum to try book a place in the semi-final of the Carabao Cup.