The 19-year-old has established himself as one of the most in-demand prospects in world football after firing a stunning 28 goals in just 22 appearances this season, including eight strikes in a Champions League group which featured Liverpool, Napoli and Genk.

Almost every elite side in Europe has been linked with a January move for Haaland but, according to ​The Mirror, the Norwegian sensation has informed Solskjaer that his dream would be to join ​United this winter.

Solskjaer, who ​recently travelled to Salzburg for initial talks, has promised him a place in United's dynamic attack alongside ​Marcus Rashford and ​Anthony Martial, having seemingly been impressed with his side's recent performances after switching to a 4-4-2 formation.

​Jesse Lingard has operated in attack in recent weeks, so it appears likely that he would be dropped to the bench if Haaland did arrive in January. United are prepared to pay the £80m asking price to bring Haaland in, but they are aware that they face competition from the likes of ​Juventus, ​Borussia Dortmund and RB Leipzig.

Juventus appear to be the biggest threat. Haaland's agent, Mino Raiola, is keeping all his options open but would ideally like to see his client move to the Allianz Stadium to link up with Matthijs de Ligt.

I Bianconeri have offered Haaland a ​€3m-a-year contract, so United will certainly have to trump that if they want to win the race for Haaland's signature. 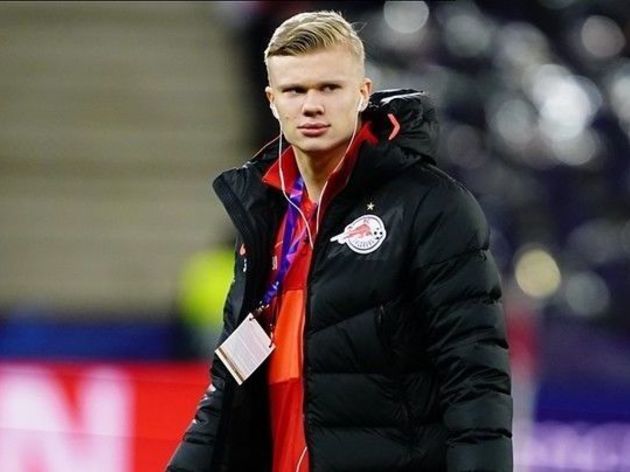 However, Dortmund and Leipzig are not prepared to go down without a fight. Both teams ​welcomed the teenager to their respective training grounds recently, in the hope of convincing him to pick them over the competition.

A switch to Leipzig has been described as the 'most likely' option as a result of the commercial links between Salzburg and themselves, but United's financial muscle could certainly change that quickly.