Jurgen Klopp has confirmed that midfielder Georginio Wijnaldum suffered a muscle injury during Liverpool's 2-0 victory over Watford on Saturday afternoon, and the Reds' coach admitted that they are not yet certain over the severity of the knock.

Wijnaldum pulled up just before the hour mark clutching his hamstring, and he was subsequently forced to leave the pitch, much to the concern of the Liverpool supporters and coaching staff. 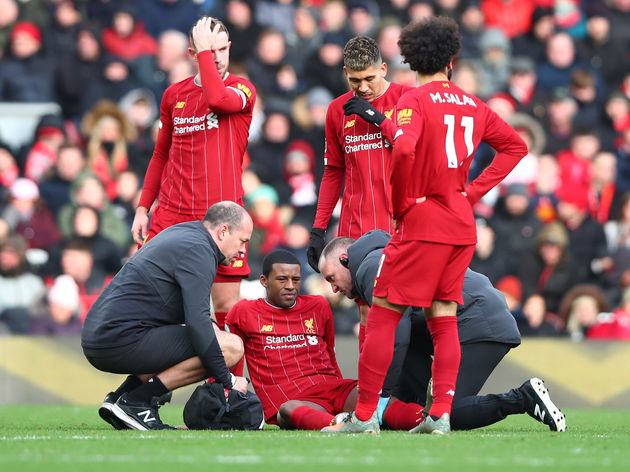 The Dutch star now faces a spell on the sidelines, and Klopp stated that while initial signs are not promising, the extent of the injury will become clearer on Sunday morning, as reported by ​the Daily Star.

“[Whether he can travel to Qatar] is actually in the moment one of my smallest concerns – he could probably fly – but my problem is more what exactly the injury is and I don’t know that yet.

“It’s a muscle thing and you never want to have a muscle injury.

“But in these moments it always makes it immediately more difficult, but it’s not only us, all other teams have the same problems. We have to deal with these situations, that’s clear. 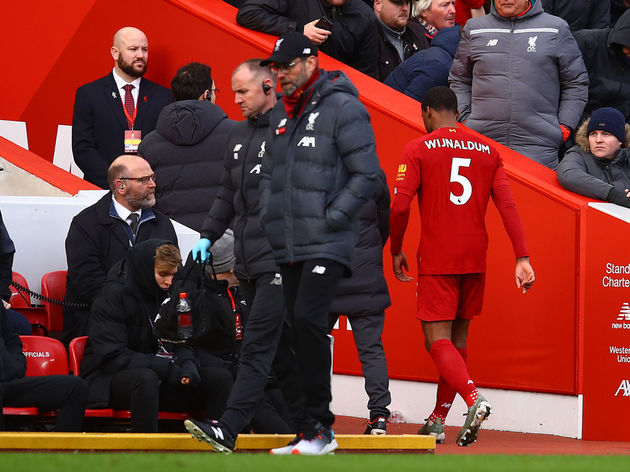 “We will see - tomorrow we know more.”

​Wijnaldum joins fellow midfielder Fabinho in the ​Liverpool treatment room, as the Brazilian star has been ruled out of action since late November for the Reds.

The 26-year-old is not expected to return to Klopp's side until the new year, but he was reportedly seen using crutches after the game, while still sporting a protective boot on his foot.

Journalist ​Paul Gorst tweeted: “​Fabinho just hobbled through the Anfield mixed zone on crutches with his foot in a massive protective boot.

“Said it was getting better but that looks like a long way off, unfortunately.”

Liverpool face a daunting Christmas period in which they must battle it out in the Premier League, EFL Cup and FIFA Club World Cup, and Klopp's squad will be split in half when they play two games in two days next week.