Pep Guardiola has denied claims that he has a break clause in his Manchester City contract, after questions were raised over the Spaniard's future at Eastlands.

Guardiola's Man City deal runs until the summer of 2021, but it has since been reported that the ex-Barcelona boss could leave the Citizens at the end of this current season, due to a possible break clause in his contract. 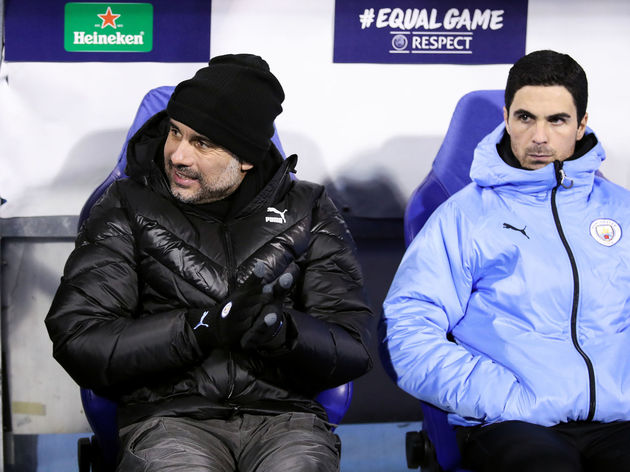 The former Bayern Munich coach has strongly denied the claims regarding the clause, but the club has not contested the report, and the accuracy of the story has since been confirmed by another source, reports the Daily Mail.

Despite the uncertainty surrounding Guardiola's future, the club's hierarchy are confident that the 48-year-old will see out the rest of his contract and add more silverware to his vast trophy cabinet. ​Man City dominated the Premier League in the last two seasons, winning back-to-back league titles and scooping up all the domestic trophies on offer in the previous campaign.

The Sky Blues have failed to match the incredibly high levels that they have reached in the past however, and Guardiola's men sit a staggering 17 points behind runaway leaders ​Liverpool. Man City pipped the Reds to the title by a single point last season, but they seem to have no answer to Jurgen Klopp's relentless team this time round.

The Premier League champions face ​Arsenal on Sunday afternoon, as they look to close the gap on Liverpool as the busy winter period approaches.