It was a debut to forget for new Napoli coach Gennaro Gattuso, as his side slipped to a last-gasp 2-1 defeat to Parma on Saturday evening.

Life after Carlo Ancelotti couldn't have got off to a worse start when ​Kalidou Koulibaly gifted possession to Parma midfielder Dejan Kulusevski, who raced through to give the visitors a shock lead after only four minutes. 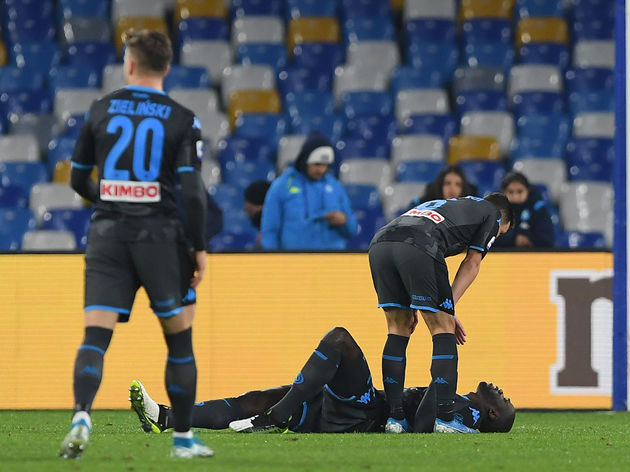 Koulibaly's problems worsened when he then had to leave the field through a worrying knee injury which he suffered following his rare error, forcing Gattuso to rip up his carefully laid plans. Napoli pushed for an equaliser during the first half, but the hosts missed a string of good chances, with Lorenzo Insigne the main culprit of their wastefulness.

The hosts were awarded a penalty towards the end of the opening 45 minutes, but the decision was overturned by VAR after footage showed that the incident occurred outside the penalty area. Parma forward Gervinho also hit the post following a dangerous mazy run, reminding Gattuso's men of the danger Parma possesses on the break.

​Napoli did pull level midway through the second half, when Arek Milik nodded home a wonderful ​Dries Mertens cross to breathe life back into Gattuso's misfiring stars. Parma were forced to retreat for large periods of the second 45 minutes, as the hosts began to carve out some excellent chances.

I Partenopei continued to knock on the Parma door, but they left themselves exposed to the lethal pace of forward Gervinho in the dying moments of the match. The Ivory Coast star picked up the ball in his own half and accelerated away from the desperate tackles of his opponents with terrifying speed. 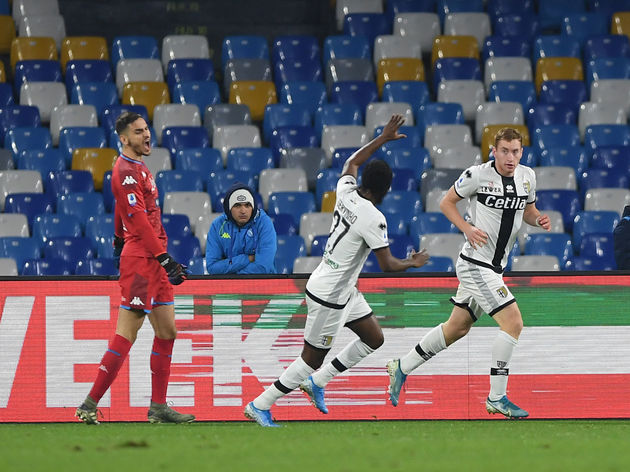 Gervinho then played a clever one-two with Kulusevski, and the return pass found the forward in acres of space in the penalty area with only the goalkeeper to beat. The 32-year-old stroked the ball home to send the visiting supporters into delirium, and to condemn Gattuso to defeat on his opening night as Napoli coach.

The hosts now find themselves eight points behind fourth-placed Cagliari, who are yet to play this weekend. Parma's superb victory has lifted I Crociati above Saturday's opponents into seventh position in the Serie A table.