Halloween has come and gone, but Chelsea's bogeyman has finally caught up with them.

When you think of 'bogey-teams', you picture Sam Allardyce's Bolton Wanderers tearing apart a fragile Arsenal, or Tony Pulis' Stoke City side battering Arsenal into submission.

Basically, any strong, physical side vs. Arsenal. 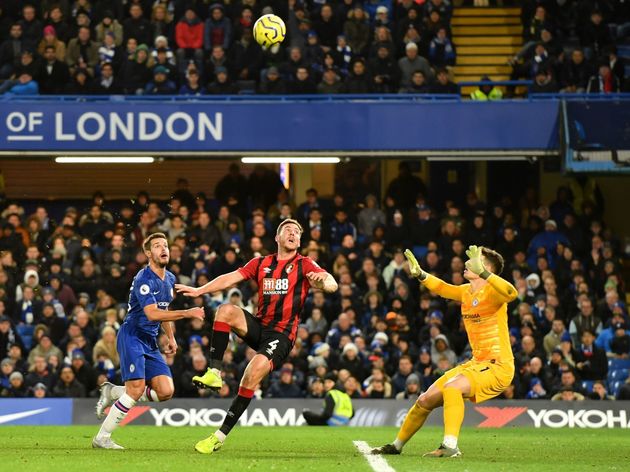 The good news for the Premier League though (and mainly for the Gunners), is that those days and well and truly gone. But there's a new team which is slowly starting to seep into the nightmares of the English elite.

This ugly, petrifying, giant-killing machine goes by the terrifying, unspeakable name that is - the Cherries.

Yep, one of the sweetest fruits in the kingdom are giving Frank Lampard and co. sleepless nights.

Despite Chelsea's excellent start to the new season, they were stopped in their tracks by their most feared nemesis - ​Bournemouth. Eddie Howe's side snatched a late victory at Stamford Bridge through a Dan Gosling strike, and ​Opta released a chilling statistic at the end of the match, demonstrating how far the mighty Cherries have come since they first glazed the Premier League with their presence.

machinewonderkids have set the top flight alight with their vibrant attacking displays.

On the other end of the spectrum, Bournemouth have suffered a rotten run of form, and with a mountain of injuries to contend with, it seemed inevitable that the London hosts would dispatch of their south coast rivals without a second thought. It did not come to pass however.

​The Cherries proved they have the stones to go to Stamford Bridge and get the win time and time again, and despite only having a couple of shots compared to Chelsea's nine, Howe's men did the business for a third time.

Bournemouth earned their first league victory at Stamford Bridge in 2015, when Glen Murray grabbed a late winner for the disbelieving visitors.

Their second success came in 2018 and it was much more convincing, as they dispatched of the Blues by a three-goal margin. Absolutely bonkers.

The good news for Chelsea fans is that they only have to host Bournemouth once a season.

"Can we play you every week?"