Jurgen Klopp has blasted the idea of a possible expansion to the Champions League, and described reports that he is in favour of the new format as 'bollocks', following Liverpool's 2-0 victory over Watford on Saturday afternoon.

Liverpool are preparing for a torrid winter period, in which the Reds must compete in the Premier League, EFL Cup and FIFA Club World Cup, all within a five-day window. 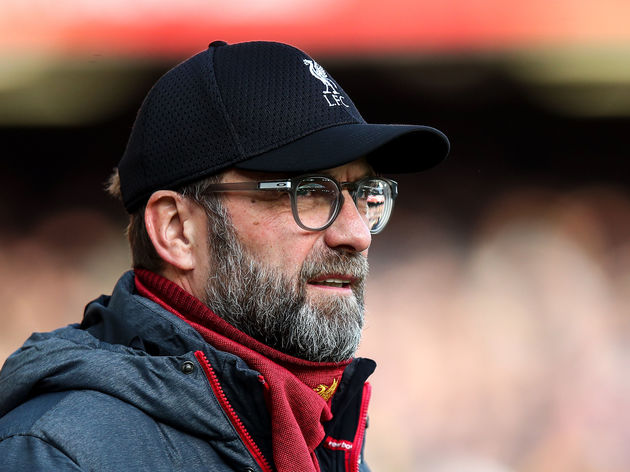 When questioned over the prospect of an expanded edition of the Champions League, the German boss stated that he was 'absolutely not involved' in the discussions, brandishing the idea as 'bollocks', as reported by journalist ​Andy Hunter.

"You like watching us suffering. I read today that the top clubs want more games in the Champions League.

"I am absolutely not involved in those discussions. That's absolute bollocks as well."

Klopp was philosophical when discussing Liverpool's fixture list however, insisting that his side '​official Liverpool site "But we don’t have ‘more’ games. I don’t know when we play ​West Ham – then we get one game more. That’s it. Until then, we try to sort it as good as possible for us.

​The Reds extended their lead at the top of the table to 10 points following a hard-fought 2-0 win over ​Watford, but they were certainly made to work for the three points.

​Mohamed Salah opened the scoring in the first half, but the home crowd were forced to wait until the final minute of the match for the victory to be sealed, when the Egyptian star doubled his and his side's tally. ​Liverpool were not at their sparkling best against the Hornets, but Klopp firmly defended his players after the match, insisting that they did not have an 'off day'.

"At 1-0, that’s the result you never can rely on that the game is decided. No problem with that. In December and January especially, you need to show resilience – that’s the most important thing. And we showed that, but Watford showed it as well, so I respect that.

"It was not an off day. I saw a lot of good performances, we scored sensational goals. You have to score from different situations.

"A few days ago we scored two from set-pieces, this time we scored from two counter-attacks pretty much, which is good in a game where you have a lot of possession.

"We have to say Nigel [Pearson] did a good job in the week. It was difficult anyway to prepare for the game, as you can imagine."

Liverpool face Aston Villa in midweek before they travel to Qatar to compete in the FIFA Club World Cup, which will give title rivals ​Leicester City the chance to narrow the gap to the Reds next week.