​Borussia Dortmund kept in touching distance with the top of the Bundesliga with an emphatic victory over Mainz on Saturday afternoon.

The visitors got off to a flying start in the first half, helping themselves to six shots on the Mainz goal in the first 15 minutes to no avail, Robin Zentner superbly denying Marco Reus with an outstretched boot. 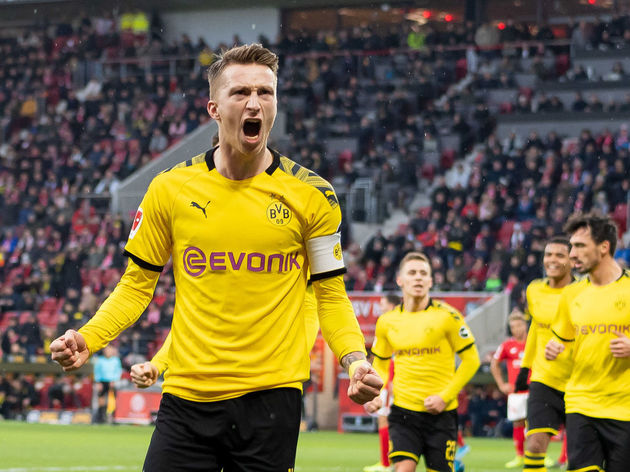 Dortmund were then denied a penalty by VAR following a controversial handball in the Mainz area, the defender was adjudged to have been in too close proximity to warrant a penalty decision.

Jadon Sancho doubled BVB's lead after centre-back Dan-Axel Zagadou carried the ball forward from his own box and set up the England international. Thorgan Hazard grabbed Dortmund's third with a thumping finish after being set up by Reus.

Nico Schulz scored his first goal for Dortmund with a well-taken finish into the bottom left-hand corner after some neat footwork from Sancho to round off a comfortable afternoon.

A win for ​BVB was vital in their search for their first Bundesliga title in eight seasons, and die Borussen certainly grabbed the opportunity with both hands.

After a rather tepid first half, the visitors sprang to life in the second half and blew their opponents out of the water with three well-worked goals.

Dortmund now sit two points clear of ​Bayern Münich in third place behind league leaders Borussia Mönchengladbach and RB Leipzig in second, who both have games in hand. 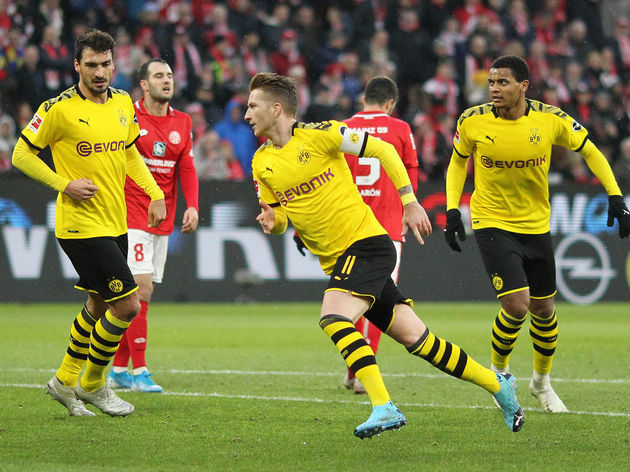 Marco Reus illustrated exactly why he is still considered one of Europe's best with a prolific display against die Nullfünfer on Saturday.

Dortmund's captain was at the heart of their creativity going forward and worked hard off the ball to spring counter attacks when on the back foot.

Marco Reus is an elite player , how many players can you think of who have played 4 positions at world class level in their careers, he’s doing all this even with his injury record. Truly a special player .

I mean just look at that shooting technique. Marco Reus is such a majestic player.

To round off a dominant display, Reus helped himself to his first Bundesliga assist of the season as he found Thorgan Hazard - who lashed the ball into the top right-hand corner of the net via a touch from Zentner.

Dortmund's push for their first ​Bundesliga crown since 2011/12

Following their demolition of Mainz, Dortmund host fellow title contenders RB Leipzig at Signal Iduna Park in a clash between two big title contenders. Lucien Favre's men then travel to the Rhein-Neckar Arena to take on Hoffenheim, who themselves are chasing a European place.

Mainz travel to the Weserstadion to face a struggling Werder Bremen side before hosting Bayer Leverkusen at the Coface Arena four days later.