​Manchester City are looking to re-sign Jadon Sancho from Borussia Dortmund next summer - just three years after his move away from Etihad Stadium.

The 19-year-old forced a move away from the Premier League champions after he was left out of their pre-season tour by Pep Guardiola ahead of the 2017/18 season, joining Bundesliga giants Borussia Dortmund in an £8m transfer.

Sancho's form over the last 18 months has seen him linked with a move back to the Premier League, and in the latest development surrounding his future, the Daily Mail report that City will try to bring the England international back to them. 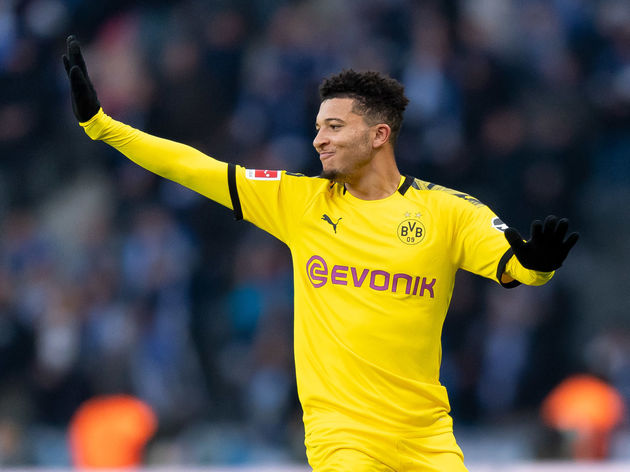 Liverpool and Manchester United have been the front-runners for Sancho's signature for some time, while Chelsea have also been linked with a move after their two-window transfer ban was lifted.

It's suggested however that Sancho wouldn't be against returning to the north-west, although there's no clarification over his relationship with Guardiola.

Sancho has also "felt scapegoated" at times by manager Lucien Favre - though in reality, that's something which has been blown out of proportion, with any misunderstanding between the two most likely coming from a language barrier.

Guardiola is free to City in the summer, but will he? 類 https://t.co/qo8hJw7VYn

Even with the problems off the pitch, Sancho has been one of Borussia Dortmund's best players this season, scoring again in Saturday's win over Mainz.

He's made 77 senior appearances for the club since joining in 2017.

Although a move away from Dortmund is unlikely in January, Sancho looks destined to return to the Premier League at the end of the season in what could be just the eighth transfer in history to break the £100m barrier.