Liverpool claimed yet another Premier League victory despite a unconvincing display against Watford at Anfield on Saturday.

Despite the European champions dominating possession in the early exchanges, it was Watford who had the better chances in Nigel Pearson's first game in charge - Troy Deeney and Ismaila Sarr wasting them.

The best opportunity though fell to Abdoulaye Doucoure, who miscued his shot when free in the box just after the half hour mark, allowing Joe Gomez to put the ball behind.

The Hornets were left to rue their wastefulness in front of goal as Mo Salah curled in a shot on the counter from that very corner just seconds later to make it 1-0 at half time.

Watford continued to have opportunities after the break as Sarr and Gerard Deulofeu both fired one on ones straight at Alisson, either side of a Sadio Mane header that was ruled out by VAR for the narrowest of offsides.

VAR rules out Sadio Mane's header by a matter of millimetres #LIVWAT pic.twitter.com/QoqKYOmjkZ

The Reds then began to look nervous as errors plagued their play, with even Virgil Van Dijk looking shaky at times.

But just as Watford began to look dangerous again, Salah made the game safe one minute from time, with an audacious flick to reopen Liverpool's lead at the top of the Premier League table to eleven points - at least until Leicester finish playing Norwich on Saturday afternoon. 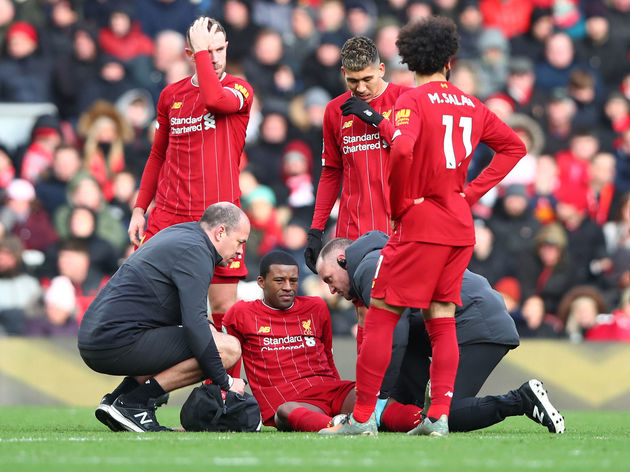 This was the start of a week for Liverpool in which they could play up to four times in three competitions.

The congested fixture list means that Jurgen Klopp will need his entire squad playing to the best of its ability, and so he'll be concerned after Georgino Wijnaldum limped off with an injury.

Midfield is a position where the Reds are struggling for numbers at the minute with Fabinho already out, and Alex Oxlade-Chamberlain and Naby Keita coming back from long-term injuries. It could be a long month for the European champions. It's rare that you can win a game at home and still have your goalkeeper as man of the match, but that was the case for Liverpool.

Alisson made key saves from Sarr and Deulofeu, and looked alert despite the ball spending most of the game in the opposition half.

In a game littered with errors from the league leaders, the Brazilian looked solid throughout, once again showing why he's the best in the world in his position. 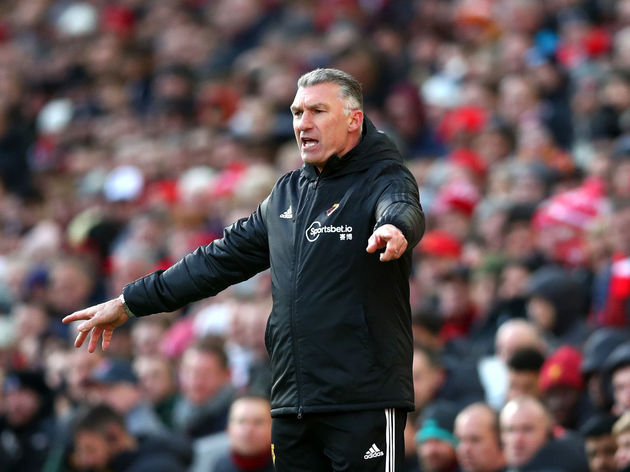 History dictates that if you change manager three times within a season, you tend to go down.

​Watford will only have to look at Fulham last season, who went down with a whimper after chopping and changing throughout.

Nigel Pearson can be encouraged by that first half for #watfordfc. Unlucky to be behind vs the league leaders

Playing Doucouré as an attacking midfielder to use his energy to press Henderson+Wijnaldum & to provide a counter-attacking threat has been a very smart tactical change.

But the signs were there on Saturday that Nigel Pearson could be the man to help the Hornets break that trend.

They looked solid at the back, and created chance after chance at Anfield - where they've lost by a five goal margin for the past three seasons. If they keep this level of performance up, you would have to say they have a good chance of survival. Despite failing to find the back of the net Ismaila Sarr was a constant threat for Watford down the right hand side.

He'll rue his missed chances, but if he keeps getting into the right positions then the goals will inevitably come.

It's been a slow start to life at Vicarage Road for the club record transfer, but if this performance was anything to go by, then there's plenty more to come from the Senegalese. Liverpool will play Aston Villa in the Carabao Cup before travelling to Qatar for the World Club Cup Semi Final the very next day. They could play up to four games in seven days in what could be a make or break week for their season.

​Watford on the other hand will face a tough test against ​Manchester United, before a run of winnable games over the Christmas period as Nigel Pearson tries to keep the Hornets in the Premier League.