AC Milan celebrate 120 years since the club's formation with a Serie A fixture against Sassuolo at San Siro on Sunday.

Milan will be looking to build some momentum and find some consistency as they go in search of a third straight win for the first time this season.

Stefano Pioli's side broke into the top half of the table following their recent victories over Bologna and Parma, however they are still just as many points off the relegation zone as they are the Champions League places.

Football on the mind ⚽

Milan face a Sassuolo side who have managed just one win in seven after blowing a two goal lead against Cagliari last time out.

Here's 90min's preview ahead of the Serie A clash. Defender Leo Duarte remains sidelined for Milan following his achilles surgery in November. Otherwise, they have a fully fit squad, and Pioli is expected to name a similar side to the one that overcame Bologna last time out.

Vlad Chiriches is still unavailable for Sassuolo due to a bicep injury sustained in October. He is joined in the treatment room by Gregoire Defrel, who has an ankle problem. Andrea Consigli and Marlon Santos are both doubts for the visitors. This is the 13th meeting between the pair since Sassuolo's promotion to Serie A in 2013. Milan have the better record, with eight victories to Sassuolo's four.

Milan did the double over Sassuolo last season, winning 1-0 at San Siro and recording a thumping 4-1 victory away from home. Sunday's visitors have not beaten Milan since 2016. 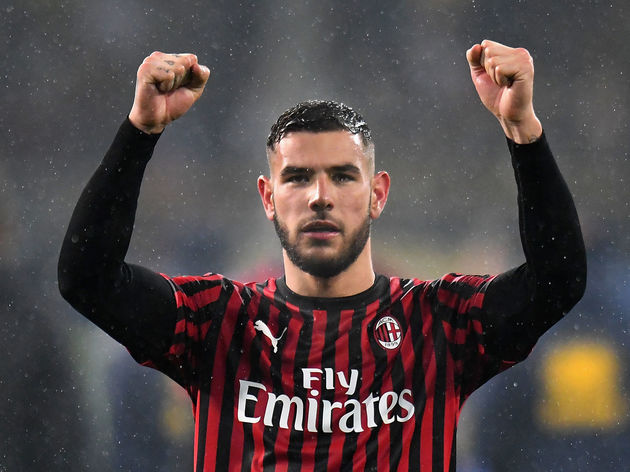 ​After an inconsistent start to the season and a tricky run of fixtures where they played Roma, Napoli, Juventus and Lazio in the space of a month, Milan appear to be coming into some form. Sunday's hosts have won their last two, scoring an 88th minute winner against Parma before beating Bologna 3-2.

Sassuolo meanwhile have struggled of late and are without a win in four in all competitions, although they did hold title chasing Juventus to a 2-2 draw at the start of December. Their away form has been particularly disappointing, with just one Serie A win on the road all season.

Here's how the two sides have fared in their last five outings. Milan go into the game finally having found their rhythm this season. With their difficult start now behind them, they should come out on top against a Sassuolo side who have been partial to shipping a fair few goals this season.

There are definitely goals in this won, and the hosts should rack up their third win of the season.