​Manchester United midfielder Jesse Lingard was told he had one last chance to save his career at the club by Ole Gunnar Solskjaer after posting a controversial social media video before the start of the season.

The 26-year-old accidentally posted a video with teammate Marcus Rashford, as well as some of their mutual friends, which landed him in hot water with Solskjaer during the summer.

Speaking about the incident, Lingard explained that he thought his career at Manchester United would be over after realising he'd posted the video for all his followers to see - as opposed to sending to a friend. "When I realised what I had done, my heart just sank into my stomach. I was like, 'I am done at United now. This is the final straw'.

"I was told the manager was going mad but I was in the air for two hours and literally couldn't do anything. When I got back I came in early to speak to the manager and apologise.

"There is no way I was going to let what I have at this club be taken away. On the whole, I have cut down on my social media stuff now. You do what you have to do."

Since the incident, Lingard has been in and out of Solskjaer's first team throughout the season - starting in half of his 20 appearances across all competitions.

Even though Lingard is still part of the first-team set up at United, the England international has only got 18 months left on his contract at Old Trafford and he hasn't been linked with an extension since the end of the 2018/19 season.

It isn't just mishaps on social media which has impacted his time at Manchester United, however, as Lingard has had to deal with some very real problems which he admits has been difficult to cope with.

He explained that his mother falling ill earlier this year left Lingard needing to care for his two teenage siblings, something which the 26-year-old explained has been difficult to juggle alongside being a professional footballer.

"I have been down and glum; just worrying. I felt like everybody just passed all the stuff to me and it weighed on my shoulders. It was like, 'Here you go Jesse, you deal with this on your own'.

"My mum has had some things for years but never really got help. Now she is. So I have been taking care of my brother and sister. They are with me. It has been tough to see my loved ones struggling and then I have to come to work and try to do my job."

Lingard explained that a brief conversation with Solskjaer before he was brought off the bench against Brighton actually helped him cope with some of his problems off the pitch too. 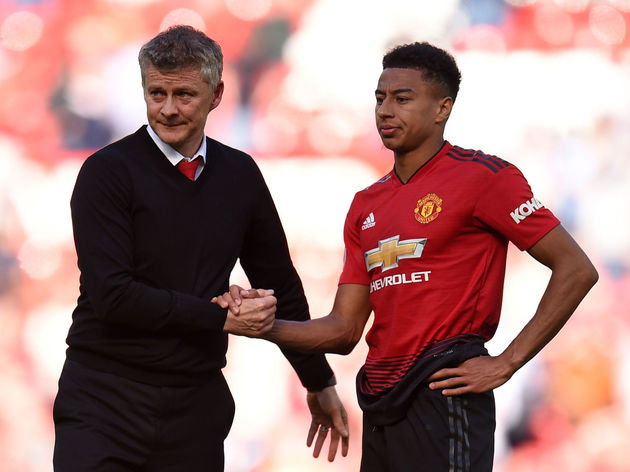 "He has just told me that everything will be ok. Maybe I just needed someone to say that."