Liverpool vs Watford: The Reds' Dominance & 6 Other Key Stats Ahead of Saturday's Game

​Liverpool will be seeking to maintain their Premier League dominance when they host Watford at Anfield on Saturday afternoon.

Jurgen Klopp's side made it four wins from four in November, with the German and Sadio Mane claiming the Premier League Manager of the Month and Player of the Month gongs respectively for their efforts.

2⃣ changes for the Hornets!

Rock bottom of the table and with just one win all season, new boss Nigel Pearson has his work cut out if he is to mastermind any sort of positive result against the league leaders, as these Opta stats suggest. The Reds dominate this fixture rather comprehensively, with the Hornets offering little in the way of sting when they take on Klopp's well-oiled machine.

A solitary draw is all they have to show from their last seven matches with ​Liverpool, conceding a frightening 25 goals in the process and netting a miserly four along the way. 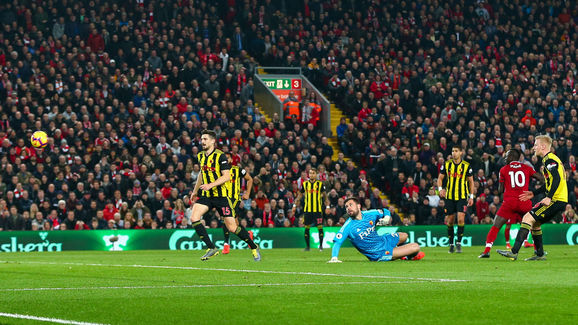 It gets worse ​Watford fans, I hate to tell you.

God speed to the traveling fans making the trip from Hertfordshire, who have seen their side lose on their last five trips to Anfield with an aggregate scoreline of 20-1.

Not since 1999 have they tasted victory in the historic stadium, when a 1-0 win left the away supporters leaving Merseyside with anything other than an empty fuel tank and shattered hopes. Liverpool have made their home a sight of despair for all the sides who come to town, winning their last 15 games in the ​Premier League.

It is a run that can't go on forever, but you'd have to be an almighty optimist if you envisage that run ending on Saturday. On form, these three are one of, if not the, best forward lines in Europe. Even when they're having an off day, they're still farcically good. Particularly against the Hornets, it would seem. Top against bottom, almost always a nailed on result.

Aside from ten occasions, the 35 times that top have played bottom in Premier League history has seen the side leading the pack go on to win. Six draws and four defeats have come by the way of the side at the right end of the table in the other instances, meaning there might be some possibility of a Liverpool slip up.

One of those defeats was indeed for Liverpool in their only such match in the competition (1-2 vs Spurs in November 2008). Omens? Known for their attacking, high pressing style of play, that clearly isn't the only thing Klopp has been practicing on in the training sessions.

No side has scored more headed goals than the Reds in the top-flight this season, with a league-high 10. Virgil van Dijk has bagged three of those, with nobody scoring more headers than him in the league this season.

Meanwhile, and I'm terribly sorry Watford fans, it really doesn't get better, the Hornets have netted just nine goals all campaign (with any body part), less than Liverpool have scored with their heads. Oh dear.