Juventus sporting director Fabio Paratici has ruled out a January move for Manchester United midfielder Paul Pogba, as reports claim that the United intend to integrate the midfielder back into the side rather than sell up.

The midfielder has been out since September with an ankle injury, but that hasn't stopped swathes of transfer speculation from flooding the press regarding the Frenchman's situation.

His absence has only intensified it, in fact, and there have even been some tenuous suggestions that there is an agreement in place between ​Pogba and United to allow him to sit out until January, when he can force through a move away from the club. In truth, there is little substance to any of those claims. The speculation seems predicated on the fact the 26-year-old was pictured playing basketball while on leave - hardly concrete proof that he 'isn't really injured.'

And while it's expected that ​Real Madrid are still keen on securing Pogba's arrival, one of their main rivals Juventus have apparently ruled themselves out of the picture. Pogba starred for Juve until he returned to ​United in 2016, but Paratici says there will be no second coming for the time being.

"As I have already said several times, we have a very competitive and complete squad," he told Calciomercato, when asked about a potential move for Pogba. "We have Emre Can and we have Khedira who will come back, so we have no intention of operating on the market."

That will suit United, who according to ​Goal, have every intention of reintegrating Pogba in the second half of the season.

A report there claims that though the player is still keen on a move, there exists an understanding between him and manager Ole Gunnar Solskjaer, who has every intention of using him once he returns from injury next month. 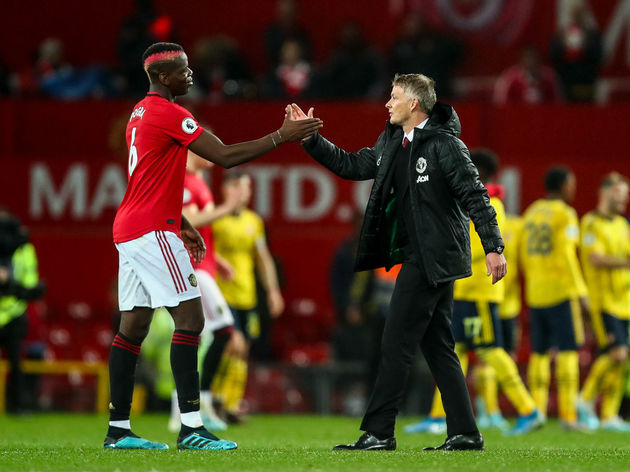 There is not thought to be any friction between Pogba and the rest of the United squad either. The Frenchman still attends matches and communicates with his teammates, s