Neymar Sr. has said that he expects an imminent 'agreement' between his son and Barcelona over the ongoing lawsuit over the nonpayment of a €3.5m loyalty bonus.

The two parties have been in dispute over the issue since ​Neymar left the club back in 2017, though it went on the back-burner as the Brazilian attempted to force through a move back to the Catalan giants.

That move collapsed in the summer, however, and according to reports in Spain, the lawsuit has come back to the forefront. It was previously expected that the issue would be dropped​, but ​Marca have suggested that Neymar is now prioritising the retrieval of the €3.5m fee over any goodwill that could eventually lead to a move back to the club. The player's father, who also acts as as an adviser to him, however, has said these reports are sensationalised, and that an 'agreement' should be reached before long.

"We were months ago in Barcelona to solve this," he told Spanish radio station Cadena, as quoted by ​Mundo Deportivo. "It is a thing that has already happened, sooner or later there will be an agreement between ​Barcelona and Neymar, with certainty.

"It's a past thing, when Neymar left Barcelona. Justice is not fast, it is a normal thing.

"Tomorrow I will see all this happening. I didn't know anything, it's someone who wants to create controversy. Nobody is worried, it's a previous thing ” 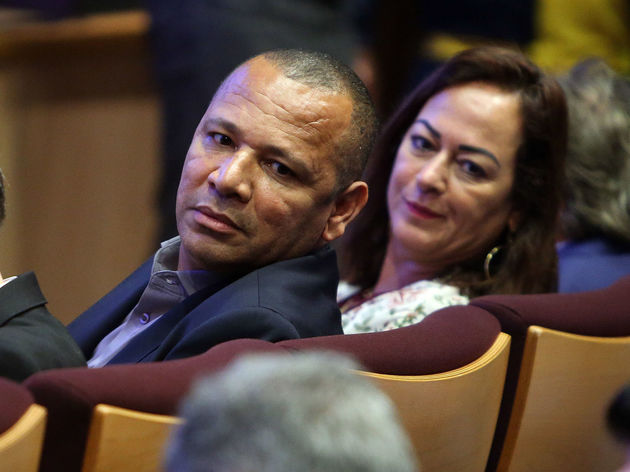 “In Barcelona they are not worried about this and neither are we. There is nothing new complaints, nothing new."
​

Meanwhile, the forward has poured cold water on reports linking him with a move away from PSG, ​claiming he is 'happy' in France after starring in their 5-0 win over Galatasaray.

"What I like best is being out on the field, no matter where I am. Where there are two posts, a ball and team-mates, I am happy."