​Liverpool are ready to send youngsters Curtis Jones and Rhian Brewster out on loan in January, in order for them to get more first-team game-time, according to reports.

Homegrown Jones, 18, has put in some eye-catching performances for the Reds Under-23s this season, while also starring in the Reds' Carabao Cup run.

Told it's unlikely that Rhian Brewster will be loaned to Salzburg in January. Championship most likely for him. Expect that to move forward after Carabao Cup game.

Curtis Jones another who will go out, providing the fit is right. Swansea among those to have asked about both.

The midfielder made his Premier debut against ​Bournemouth last weekend and scored the winning penalty in his side's Carabao Cup victory over ​Arsenal in October.

He has been tipped to captain a second-string Liverpool side against Aston Villa in the cup quarter-final next week, with the first-team regulars jetting out to Qatar for the Club World Cup.

There are also high hopes for 19-year-old striker Brewster, who has long been tipped as a hot prospect, having previously won the Under-17 World Cup Golden Boot.

Serious injury stunted the forward's development last season, but Klopp has commented that Brewster is someone whose progress he is monitoring very carefully, with an eye to becoming a first-team regular. 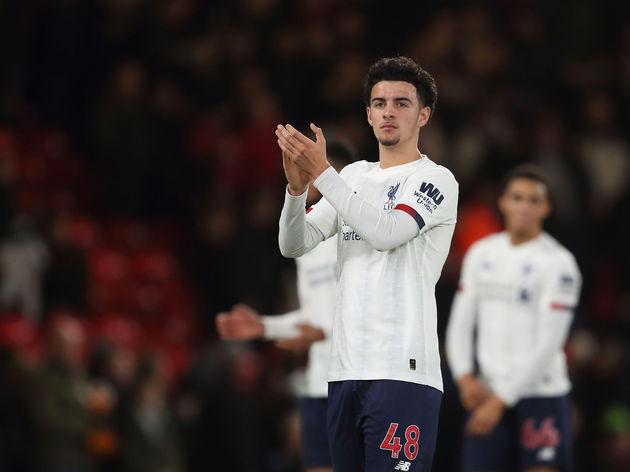 According to Goal, Championship side Swansea City are interested in both players but Liverpool are likely to delay any discussions until after their Carabao Cup game against Aston Villa on Tuesday.

The Swans are currently managed by former England Under-17 coach Steve Cooper who has worked with Jones and Brewster previously at international level.

A sticking point in any deal could be the Reds wanting assurances that each player would be afforded significant playing time.

​Liverpool have been stung by unproductive loan deals in the past, with Ben Woodburn's spell at Sheffield United being cut short last season due to the Welshman not being getting enough minutes. Goal have also claimed that the club have ruled out the possibility of Brewster joining Red Bull Salzburg, who the Reds defeated in the ​Champions League on Tuesday night.

However, another deal between the two sides that remains active is Liverpool's pursuit of ​Salzburg star Takumi Minamino.

The Austrian club confirmed talks with Liverpool on Wednesday, while reports claim a deal for the Japan international, who has a contractual buyout clause of just £7.25m, is 'highly likely'.

The 24-year-old has racked up nine goals and 11 assists in all competitions this season.