Liverpool have completed the £7.25m signing of Red Bull Salzburg winger Takumi Minamino, with the Japanese star to be officially registered with the Reds on 1 January when the transfer window opens for business.

For Liverpool fans looking to learn more about their newest signing, here’s a look at nine things you need to know…

He Has the Same Football Roots as Shinji Kagawa Minamino shares the same roots in Japanese football as Shinji Kagawa, a player who famously thrived under Klopp at Borussia Dortmund.

Both made their professional debuts with Cerezo Osaka, with Minamino playing 85 games in all competitions for the club prior to moving to Europe. That included a fourth place finish in J1 League for a team that has historically been something of a yo-yo side. Even though his chief role is as a creator, Minamino has made a habit of scoring his fair share of goals throughout his time in Europe.

In every full season, he has netted double figures in all competitions, never fewer than 11, and is on course to match that this season because he already has nine to his name so far.

His assist numbers are more impressive, though. Minamino is currently on 11 assists for this season, which is actually already better than each of the last two campaigns (both 10). 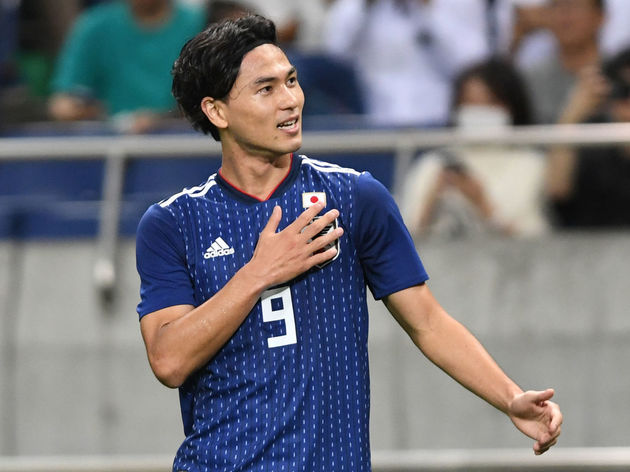 Minamino made his senior international debut for Japan back in 2015 at the age of 20. But Liverpool fans hoping to rewind to last year’s World Cup, when an exciting Japan side were close to knocking out Belgium, to see him in action will be disappointed.

It wasn’t until after the tournament that Minamino, despite his excellent club form for Salzburg, started to be called up regularly by his country. There were three years between his second and third international caps and he didn’t make his full debut until September 2018.

Since then, however, Minamino has been a star. He started all but one game at the 2019 Asian Cup, where Japan finished second to Qatar, and has scored six times in his last five internationals alone, four of which were 2022 World Cup Qualifiers.

All told, Minamino has 11 goals in 22 appearances for his country.

He Has ‘Thrilled’ Klopp Liverpool have faced Salzburg twice in the Champions League this season. But while the Austrian side lost both games, Minamino stood out, especially for his performance in the 4-3 game at Anfield.

The Times has explained that Klopp has been ‘thrilled’ by seeing Minamino in action – he has even been tracking the player before this season as a result of an ongoing ‘fascination’ with the player development model in the Red Bull family.

Not only that, some of Liverpool’s more senior players are also said to have flagged the player to the club after being impressed by his ‘technical ability and work rate’.

It would appear that Minamino is the perfect ‘Klopp’ player.

He Won’t Be Cup-Tied Despite twice playing against Liverpool in the Champions League this season, Minamino would still be eligible to represent the Reds in the knockout stages.

Cup-tied rules, which initially stopped Philippe Coutinho playing in Europe for Barcelona when he joined them in January 2018, no longer apply in UEFA competition.

He Has Resale Value It’s not what Liverpool fans will instantly be interested in, but Minamino has immediate sell-on value. The Reds have paid a shade over £7m, yet already consider him to be worth in excess of £20m, according to the reports. That is why the release clause was such an attraction.

It is expected that Minamino will be a success at Anfield and will develop as a better player. But even if his stay ends up being no more than a couple of years for whatever reason, Liverpool are in a financially strong position to at least make a comfortable profit. Minamino is primarily a winger who plays from the right flank. But so far this season he has also played from the left, as a ‘number 10’, and as an auxiliary centre forward.

That kind of versatility is a big plus for a club whose attacking fluidity is a major focus. It should also help the player, whose initial role is likely to be as rotation option for the established front-three in a busy schedule, or as an impact substitute, to slot in when and where needed.

He Already Has One Familiar Face Minamino missed crossing paths with Sadio Mane in Salzburg by six months, but he did spend 18 months as a teammate of Naby Keita before the Guinea midfielder moved on to RB Leipzig.

During their sole full season together, Minamino and Keita managed 27 goals and 13 assists between them. Perhaps somewhat surprisingly, they never directly assisted one another. It is the jersey Minamino wore for Salzburg. He has also worn it for Japan in the past, although his primary international number these days is nine.

Liverpool’s 18 had been vacant since Alberto Moreno was released at the end of last season.