​Atlético Madrid manager Diego Simeone has heaped praise on young forward João Félix, who produced a stellar showing the steer Los Rojiblancos to a 2-0 win over Lokomotiv Moscow on Wednesday.

After Kieran Tripper had already missed a penalty, Félix stepped up to convert his own effort from 12 yards to give Atlético the lead and end their three-game scoreless drought. 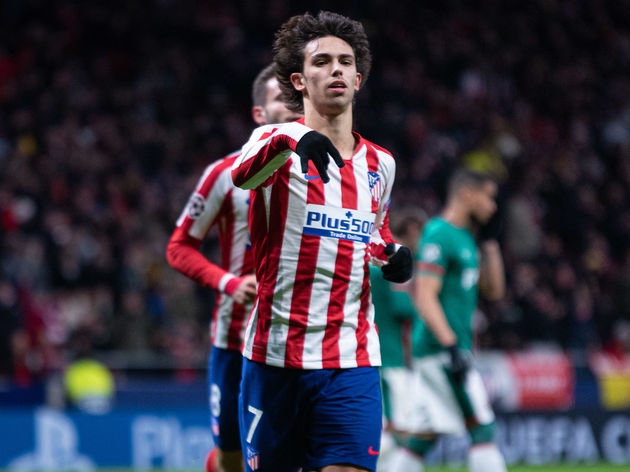 Speaking to Movistar (via ​Yahoo Sport) after the game, Simeone confessed that it was the kind of performance which his team desperately needed, praising the youngster for his maturity and composure.

"He has a lot of enthusiasm, a lot of optimism and he is young," Simeone said. "When you are young, you are not afraid of anything. João is going through that stage. He played an important game.

"João continues to grow, has a lot of things, [but] we need the strikers to combine better and find that last pass to finish games earlier. "It was a moment with pressure after the previous results, but with [Trippier's] failed penalty there was not a drop of negativity in the environment. The players noticed it. They attacked well on both sides, with João at an important level. I'm happy, because it isn't easy to reach the ​Champions League last 16."

Félix himself admitted that he has never been afraid of stepping up to the plate when needed having done so throughout his young career already.

"My father has always told me not to be afraid of taking responsibility," he said. "I have always liked to convert and that is what I did."

João Félix turning on the style 🔥

The victory was enough to ensure that ​Atlético booked their place in the knockout stages of the Champions League. Los Rojiblancos finished behind ​Juventus in their group, meaning they could come up against Bayern Munich, Liverpool, Manchester City, Paris Saint-Germain or RB Leipzig in the next round.

Simeone will certainly be hoping that his side can put their goalscoring struggles behind them by the time the next round arrives in February. Their tally of 16 goals from as many ​La Liga games is one of the worst returns in the division, which also explains why they have dropped down to seventh.