​Juventus manager Maurizio Sarri has warned his team that they must retain their focus in every game, regardless of which players earn a spot in his starting lineup.

I Bianconeri have been accused of lacking intensity at times this season. Their last two Serie A games have yielded just one point, although they have remained dominant throughout the Champions League group stage. Speaking to ​Sky Sport Italia after Wednesday's 2-0 win over Bayer Leverkusen, Sarri informed his team that they must show the same level of intensity in league games as they do in European clashes.

“It’s important to keep a sense of balance. We lost against Lazio, but for long periods it was one of our best games of the season." 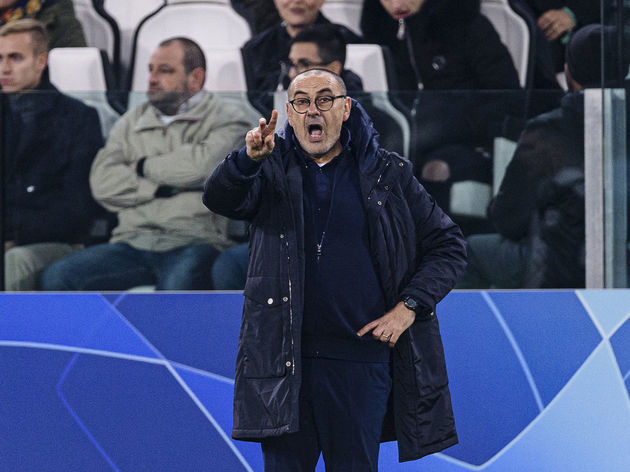 With ​Juventus already through to the knockout stages, Sarri opted to rest a number of his starters to keep them fresh for their upcoming meeting with Udinese.

However, one player who was forced out of the game was midfielder Rodrigo Bentancur, who has been battling a knee injury. With both

“We hope to get Rodrigo Bentancur back soon, we’ll have a look tomorrow," Sarri said. "If he is out too, then someone else will take the role. The issue is not who plays, but keeping this level of focus and balance.” Finally, one of the bigger talking points of Wednesday's victory came in the 66th minute, as ​Paulo Dybala was brought on to play alongside ​Cristiano Ronaldo and ​Gonzalo Higuaín - something which fans have wanted for weeks.

Dybala created a goal for both strikers following his introduction, so fans will certainly be hopeful of seeing the trio lineup alongside one another going forward.

"We played with three forwards when we saw that the opponents dropped in intensity," the boss said.