​Antoine Griezmann has rejected claims he left Atletico Madrid for Barcelona because he wanted to win the Champions League, adding he is eager to learn a new style of play with the La Liga champions.

The World Cup winner's summer move has attracted plenty of controversy, with Atleti fans said to have ​chanted 'Griezmann die' during the recent clash between the two teams which Barça won 1-0 thanks to Lionel Messi's late winner. Griezmann was part of the ​Atleti side that lost the 2016 ​Champions League final - he missed a penalty before ​Real Madrid triumphed on spot-kicks - but remains adamant that he did not make the move to take the final step in Europe's elite competition.

Speaking about the final unsuccessful final and specifically his missed penalty, the former Real Sociedad star added: “It hurts a lot. It lost us the final...it will always hurt, even if I win it with ​Barça. In ten or 15 years it will hurt the same.”

Griezmann has recently opened up on his initial difficulty on linking up with Barça stars ​Lionel Messi and Luis Suarez, but says he expects to bond with his new teammates soon enough. 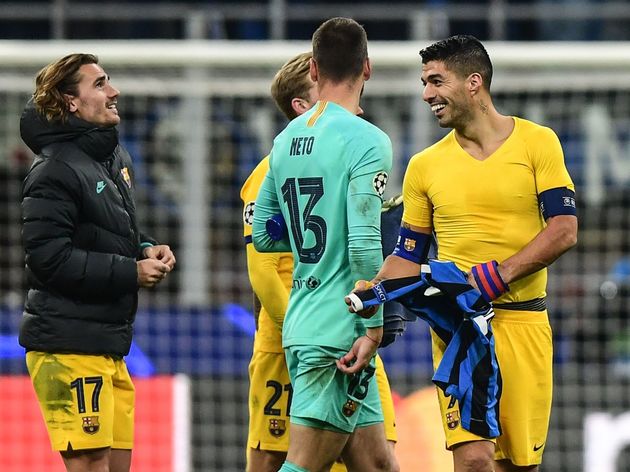 He added: “I have to learn a new position and also understand my new teammates. I haven’t picked up the movements of Luis, Messi, the central midfielders, of my own wide position.

"I am a very shy person. I do not usually talk to others, but everything will come in time. I will not give a conversation but I'm getting to know Luis, Leo. We have already shared dinner and we will go to more. What happens outside the field can only help inside.”