Borussia Dortmund are the latest club to have upped their interest in coveted RB Salzburg striker Erling Haaland, who has been heavily linked with Manchester United and a host of other top clubs, by inviting the Norwegian teenager to their training ground this week.

Haaland has made waves with his goalscoring feats this season, netting in each of his first five Champions League appearances. Overall, the 19-year-old has scored 28 times in just 22 matches across all competitions for Salzburg since the 2019/20 campaign began. 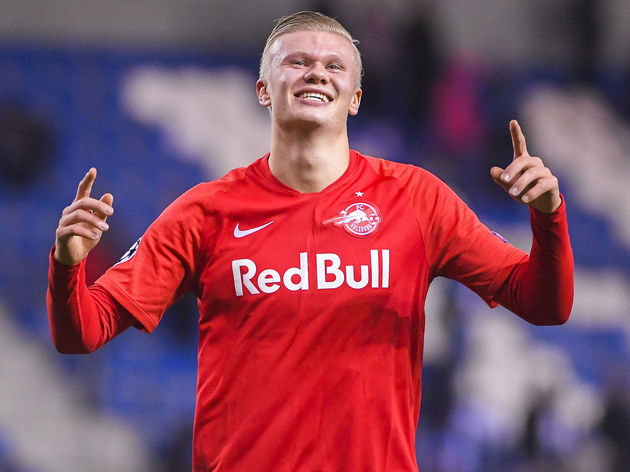 Haaland’s father, former Leeds and Manchester City player Alf-Inge, is believed to have already visited Manchester United’s training ground, while there have also been reports of a similar visit for the player and his dad to Arsenal.

Sky in Germany also report the trip to Dortmund, but additionally explain that Haaland actually began the day in Leipzig for an earlier visit to Salzburg’s Red Bull sister club. According to that version of events, a move to RB Leipzig is seen as the ‘most likely option’.

Despite early rumours of a €100m price tag, it has since been revealed that a release clause means Haaland could be available for just €20m. The idea that any such clause is exclusive to Leipzig has been debunked, but the low amount does put him very much in their price range. Manchester United have been the club most heavily linked with Haaland in recent weeks. Manager Ole Gunnar Solskjaer has a pre-existing relationship with the player from their time together at Molde, while the Old Trafford club have regularly been reported to be keeping a close eye on him.

A January approach from United would still be expected, but competition, particularly from Germany, appears to be very fierce. Only time will tell who wins the race.