​Manchester City manager Pep Guardiola has singled out the performances of Phil Foden and Gabriel Jesus after the duo starred in their 4-1 victory at Dinamo Zagreb on Wednesday.

The Brazilian grabbed an impressive hat-trick in Croatia as he helped City recover from going a goal down to record their fourth win of the Champions League group-stages. Foden teed up Jesus for his second of the evening, before the 19-year-old capped a fine individual display with a well-taken goal of his own in the closing stages. Making just his fourth start of the 2019/20 campaign, Foden looked superb for the ​Premier League champions, more than making up for David Silva's absence as he orchestrated play for the ​Citizens.

Discussing the midfielder's showing in Zagreb, Guardiola said, as quoted by the ​Daily Mail: "

"He still has to learn a bit away from the box, for the tempo and speed, but when he played close to the box he can attack central defenders and he's incredibly dangerous. He played really, well.

"England have an incredible generation of young players. For the next decade England has incredible players and it's good for the country."

The City boss was equally pleased with Jesus, with the forward collecting his 10th goal of the campaign, and became the youngest Brazilian player eveto reach 10 Champions League goals.

"We are incredibly delighted with Gabby," Guardiola added. "A striker needs goals and he scored three. Hopefully it can help his mood to be incredibly positive. 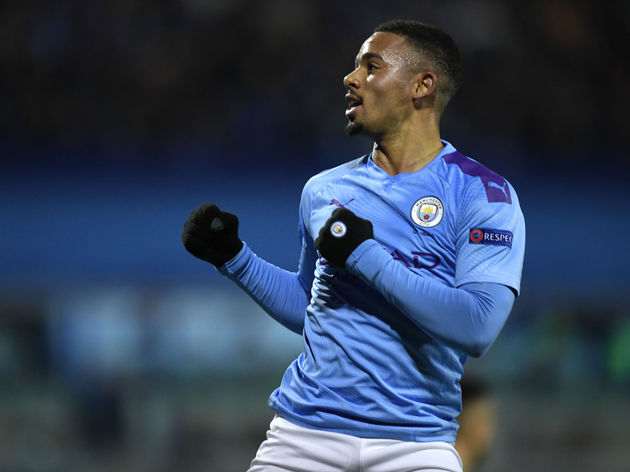 "Gabriel is an incredible fighter, how he helps us to defend and does absolutely everything, but a striker needs goals and that is important for him, for the team, for everything. ​Champions League

"We will now focus on the Premier League and other competitions, and see in what condition we are when we arrive in February."