​Manchester United have shown the most interest in pursuing a deal for Bayer Leverkusen midfielder Kai Havertz - although they are still expected to face plenty of competition from clubs around Europe.

The Red Devils' search for a new midfielder has been well documented for months, with Havertz one of several names to be linked with United. The 20-year-old is viewed as one of the world's most exciting young talents, having racked up 20 goals and seven assists in all competitions last season. As a result of that electric form, Bild (via ​The Express) claim that ​United are showing more interest in signing him than anyone else.

Leverkusen are looking for somewhere close to €90m to part ways with their superstar, which is not thought to be a problem for United. However, ​Barcelona and ​Liverpool are also understood to be happy with that asking price, so the path to sign him is by no means clear.

​Bayern Munich have almost been permanently linked with Havertz over the last few years, but they fear that they do not have the financial muscle to compete with the three aforementioned teams. 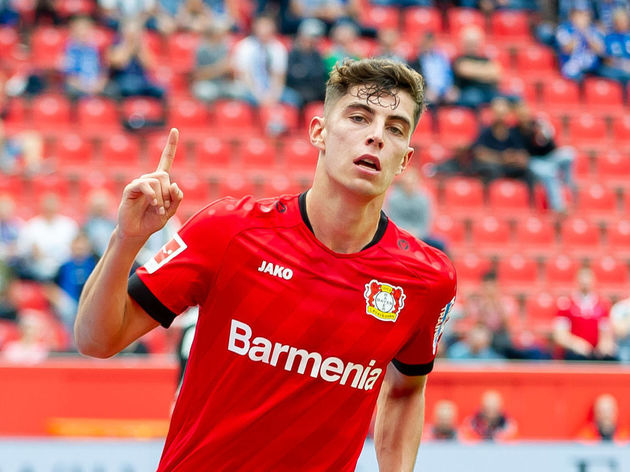 It is certainly the kind of deal which United should be considering. He fits the mould for what Ole Gunnar Solskjaer is looking for - young stars who can make an instant impact - and he is thought to be available at the end of the season as Leverkusen want to cash in while his value is high.

United are understood to be ​considering a future without Paul Pogba, who has been heavily linked with ​Real Madrid since the summer, and Havertz would be an ideal replacement for the Frenchman.

Solskjaer is keen on recruiting two midfielders, of which Havertz could be one. When it comes to the other, Ajax's Donny van de Beek and Atlético Madrid's ​90min understands Christian Eriksen is still under consideration "To be honest, I have zero interest in that at the moment, because there are simply too many important matches to play," he confessed.