​Kai Havertz has revealed he models his game on Toni Kroos, ahead of his and Bayer Leverkusen's crucial final round of the Champions League group stages.

A breakout campaign last season saw the 20-year-old thrust into the European limelight, with some fine performances for Bayer catching the attention of some of the continent's major sides, as well as German national team coach Joachim Low.

Netting 17 goals in the ​Bundesliga last season helped propel Leverkusen into this season's ​Champions League, with the German outfit still in with a chance of progressing to the knockout stages if they better Atletico Madrid's result against Juventus.

Speaking to ​Marca ahead of the game, the young midfielder revealed his admiration for Kroos has helped his development, heaping praise on the 29-year-old.

"Toni Kroos is a great player, I model myself on him a lot," he said.

With some stirring outings this season as well, links to ​Bayern Munich have naturally arisen. Havertz is contracted to the ​Bundesliga side until the summer of 2022, but refused to rule out a move to Die Roten at some point in the future. 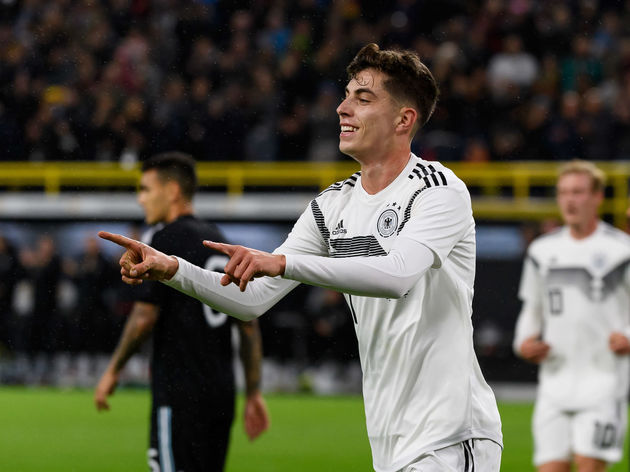 "They're probably the biggest club in Germany and there are many players that were very successful at a young age that went there. Therefore, I get linked with Bayern, but we'll see what happens.

"There are players that want to stay close to their family and others say, 'I want to live in another country'. There's something clear: if you want to be a star in Germany, you can't go wrong with Bayern."