​Former players managing clubs is all the rage nowadays isn't it? The latest fad, the must-have accessory, the newest update, the freshest trainers, and all that jazz.

Frank Lampard's time as Chelsea boss has been successful to this point, though he was beaten by Duncan Ferguson's Everton last week.

Ole Gunnar Solskjaer is at Manchester United's wheel while Freddie Ljungberg is in charge at Arsenal (for now) and Eddie Howe is living his dream at Bournemouth.

Beyond that ​Mikel Arteta and Patrick Vieira have both been linked with the Gunners job again, so it got us at 90min thinking - which current players are most likely to go back and manage the club they play for now? 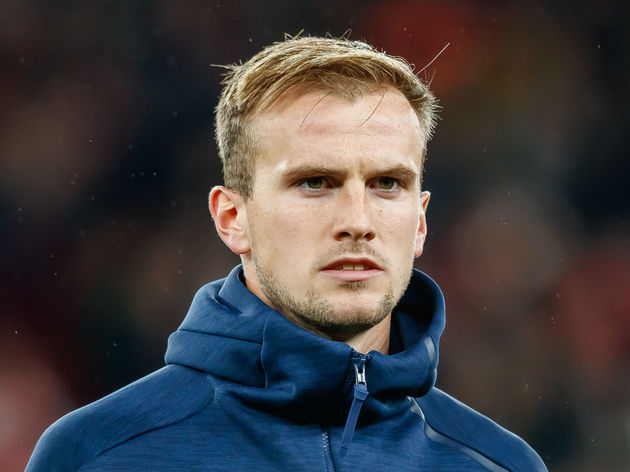 In 20 years time, following 37 changes of manager, zero league titles and a lengthy legal dispute over whether the Emirates are allowed to sponsor AFTV, Rob Holding will be walking back to N5 with a fresh suit, a hair transplant, and a sense of false hope that'll have Gooners proclaim for the 73rd time in two decades that they've got their Arsenal back. 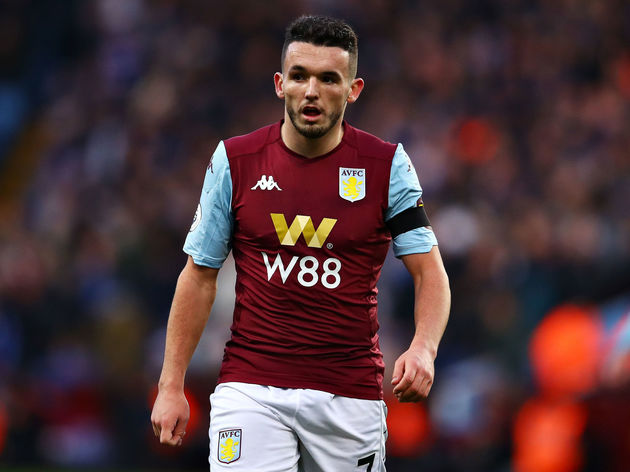 I'm sure Villa fans will be raging that the answer to this isn't Jack Grealish​, but can you really imagine him going into management? Now, Super John McGinn - he's got a haircut you can set your watch to. That fire in his belly, that thick Scottish accent telling you to eat your chicken and rice while he ​tucks into his chips - proper tracksuit manager. 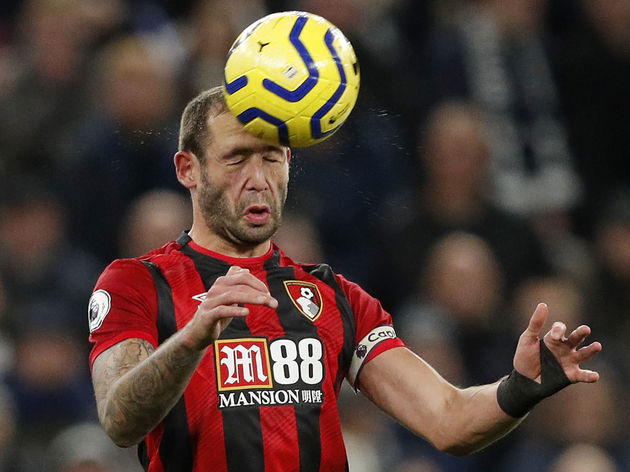 This could have easily been Simon Francis but if both he and Steve Cook walked past you in the street, it's the latter that you'd recognise. A proper Eddie Howe disciple and the man to give the Cherries a bit of steeliness. 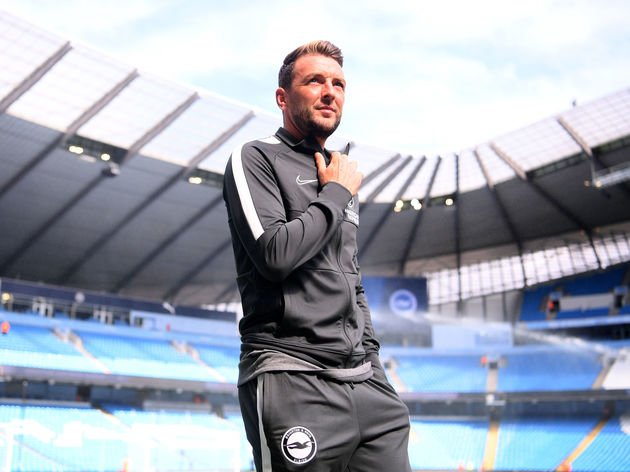 If ​Jack Gallagher were writing this, then the answer would have been Shane Duffy, who would go on to win the Premier League, Champions League and somehow the World Cup at the Amex Stadium.

Thankfully for you, he's not. The correct answer is pass-master ​Dale Stephens, who will guide Brighton to comfortable 13th place and an FA Cup quarter-final... before being unceremoniously sacked four months later. 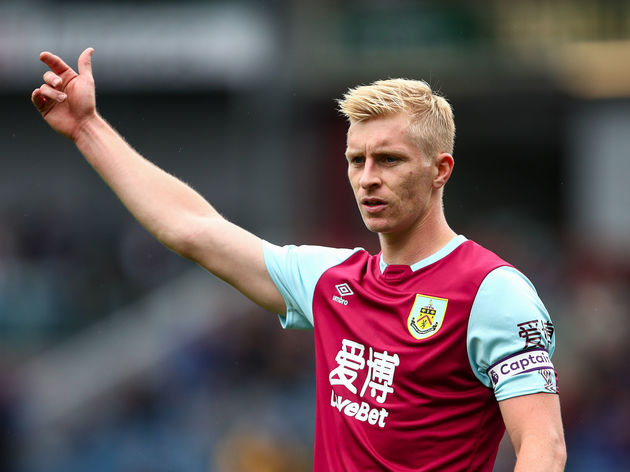 James 'The Tark' Tarkowski (patent pending) might grab the headlines and the England caps, but captain Ben Mee is the true heir to Sean Dyche's gravelly, worm-infested, nightclub bouncer throne at Turf Moor. None of that tippy-tappy rubbish in Lancashire, lad. Black boots only. 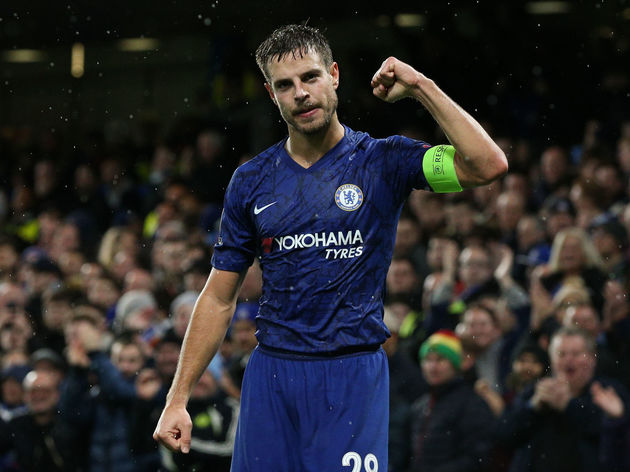 Not a particularly hard decision to make at the moment considering the average age of the Chelsea squad is about 19 (source needed). ​Current club captain Cesar Azpilicueta would almost certainly order his little minions to tuck in their shirts at all times. 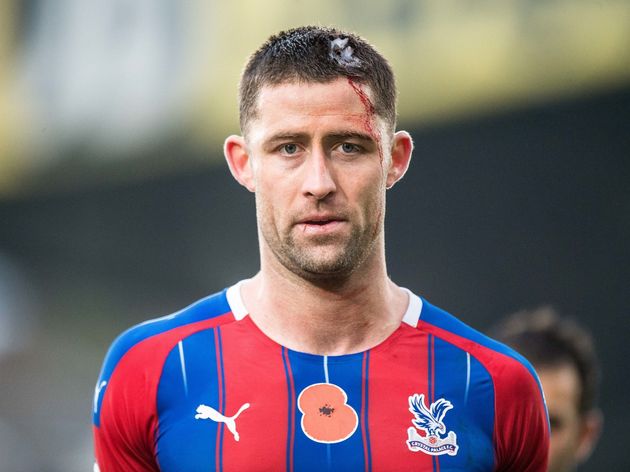 Despite only rocking up to Selhurst Park in the summer, bandana on, skateboard in hand and asking the fellow kids how they were doing​, Cahill is already a popular figure in red and blue. At the age of 33, he still has a couple of years left in him, and could probably start on his coaching badges as his career comes to an end. 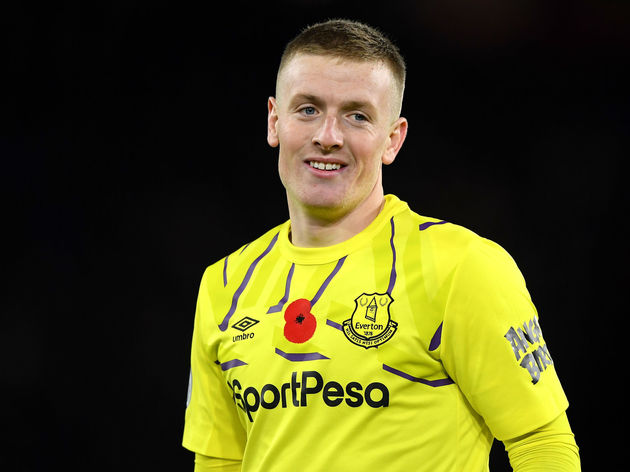 With Leighton Baines fronting rubbish tribute bans for every Mancunian act imaginable, the onus falls to Jordan Pickford to steer Everton back to the top flight after finally being relegated in 2034. After guiding Sunderland to promotion to the National League North the year prior, club owner Tony Bellew just had no choice but to bring the former goalkeeper back, did he?

Get the rave on! 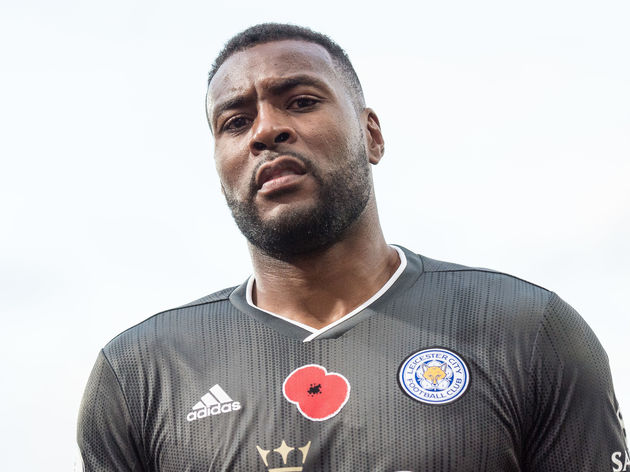 Captain, leader, legend. Relegated in his first season in charge. Jumps ship for ​Nottingham Forest and sends them down too. Returns a la Harry Redknapp to Portsmouth via Southampton and takes the Foxes back to the big time. You can't prove it won't happen. 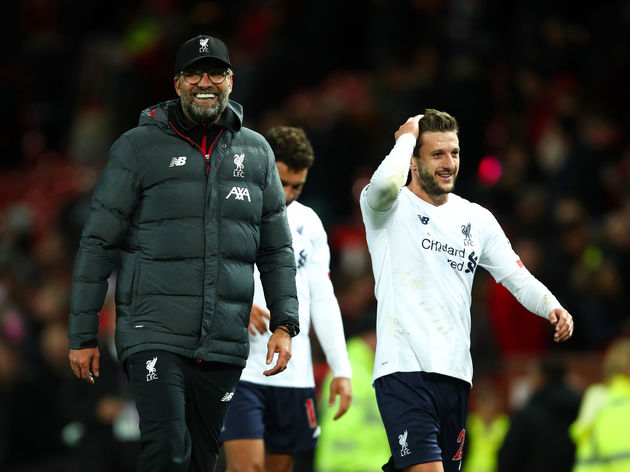 Yeah, weren't expecting this one, were ya? In Mauricio Pochettino's book released back in 2017, Lallana revealed that he was a devoted follower of the Argentine after working with him at Southampton, and was even a part-time Spurs fan because of his influence. Having also been coached by Jurgen Klopp, his coaching tree is stacked in pressing, which will be the world's only tactic by 2030. 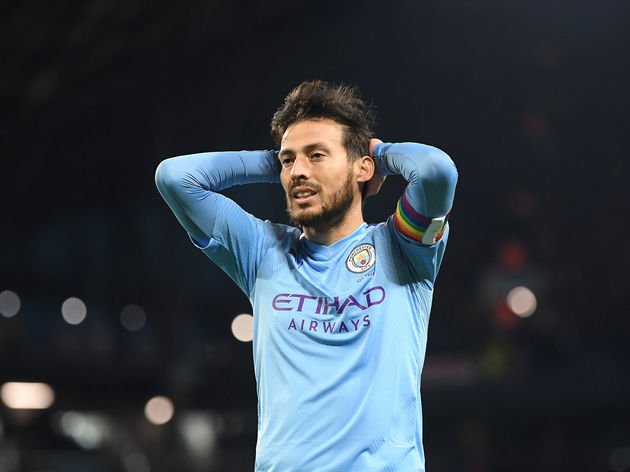 After a lavish spell in charge of the UAE national side - rivalling Xavi's Qatar to be crowned Asia's finest - ​Sheikh Mansour will be calling on his former captain to return to the Etihad Stadium once their 13-year ban from the Champions League is up. 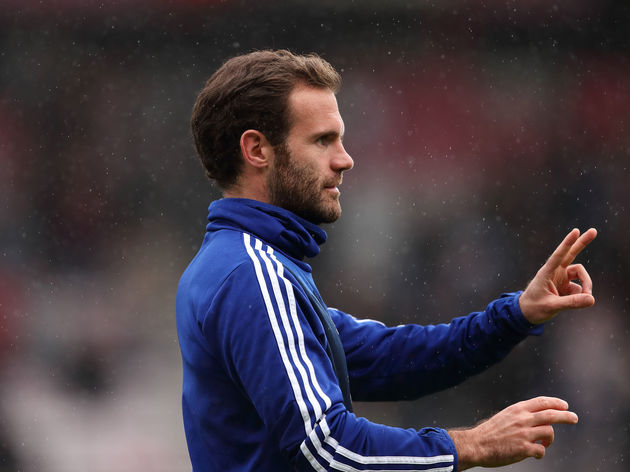 Top blogger Juan Mata will be banging his fists on the United dressing room wall shouting 'WE'RE MAN YANITED' as if he were giving every FM team-talk passionately. It doesn't work. The Glazers don't care, though, commercial deals are off the chart. 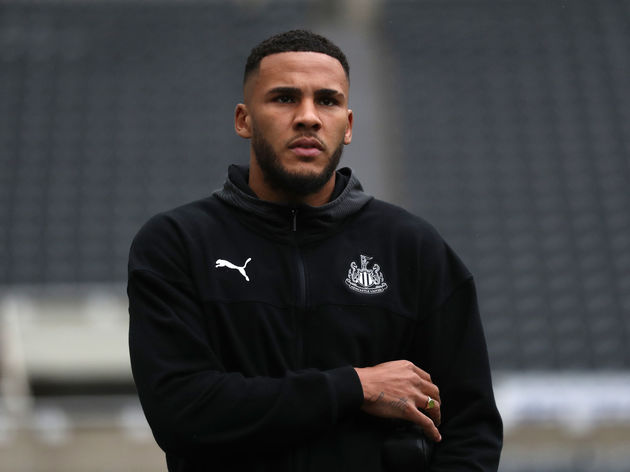 The calmest of heads in the circus of Mike Ashley's Newcastle United, you'd wonder why the poor lad would even want to return to Tyneside one day. Who knows, but he'd probably make a decent coach. 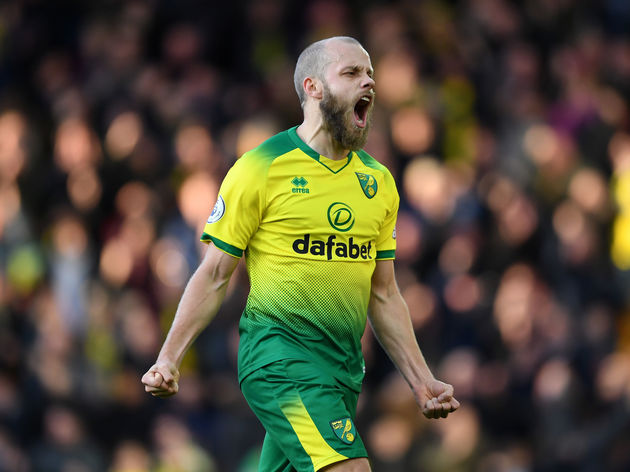 Got to be honest, there isn't a great deal of players at Norwich who you look at and think 'yeah, manager'. Cult hero Pukki might be tempted into a spell as a caretaker boss one day in time to oversee their relegation to League One but that'll probably be the extent of it. 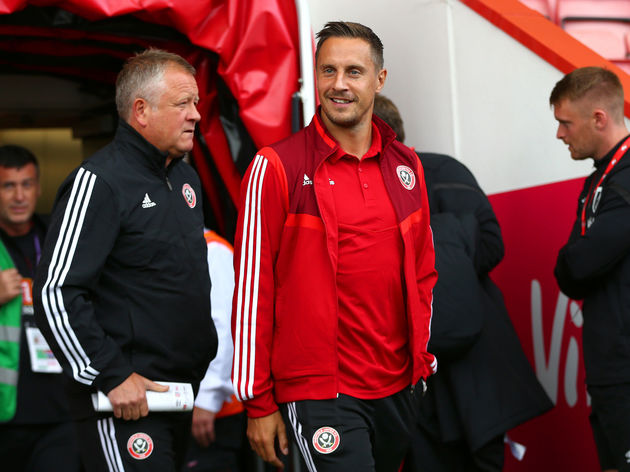 Because it sure as hell won't be Ravel Morrison. 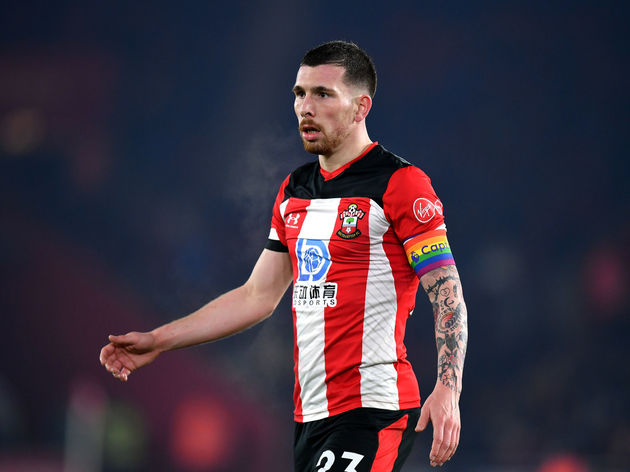 Footballing PR king Pierre-Emile Hojbjerg will sweet-talk his way into the job at St. Mary's, living off Pep Guardiola's blessing even in the year 2037.​ Will probably get fired after three months and go on Sky Sports' Monday Night Football to play with their giant iPad. 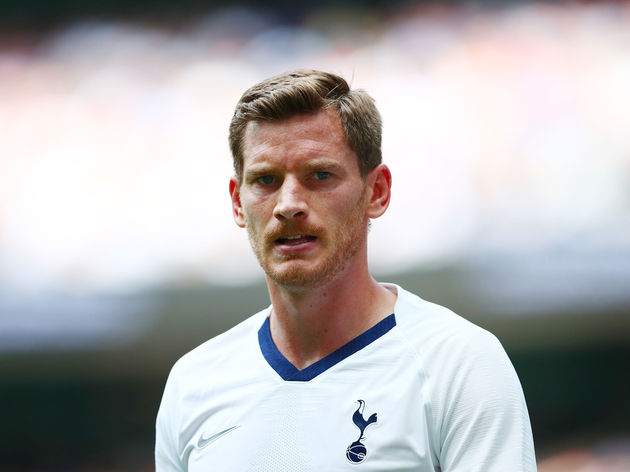 In various interviews with Tottenham players in recent years, they almost always insist that the trust Belgian is most likely to become a successful coach. 'Nuff said. Super Jan for Spurs.​ 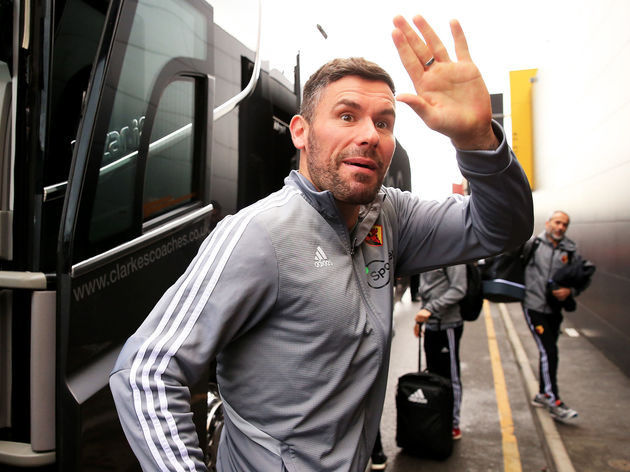 Would Ben Foster be as good at management as he is at ​winding up opposition fans? I say yes. Inevitably sacked after two weeks and brought back a month later because that's what Watford do. 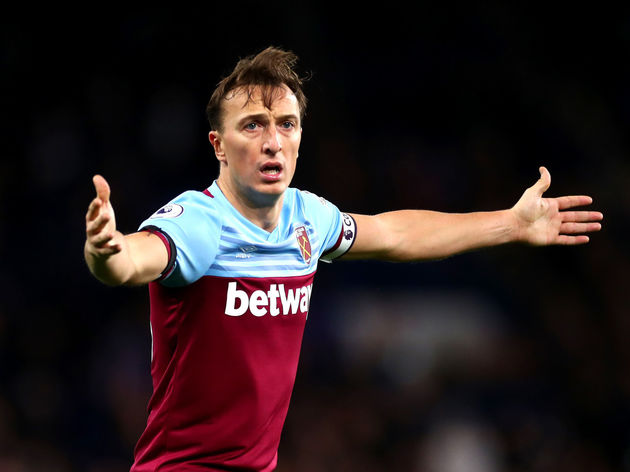 It's just obviously going to be Mark Noble, it's not a debate. Not saying he'll be great, mind. He'll probably be dismissed just after the Hammers realise 'oh shit, we should probably get promoted back to the Premier League now' while 24,761 turn out for their 2-1 home loss against Wycombe Wanderers. 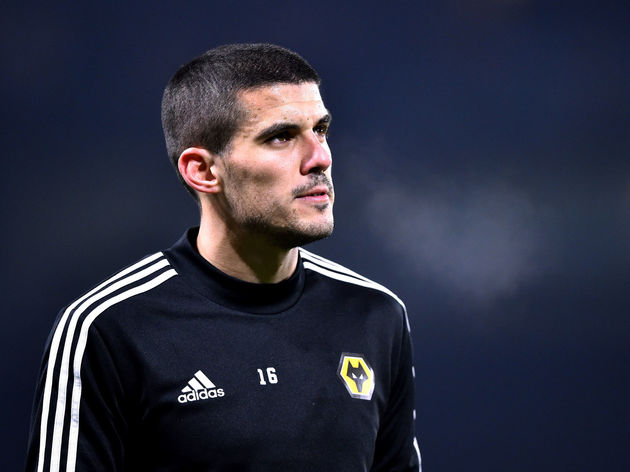 Wolves' centre-backs are so hard that it could probably be any of them that become decent managers at Molineux one day, but Coady gets the nod as he's already club captain. Needs to make Jorge Mendes his agent to get the deal over the line, however.​