Genk had already been eliminated from the competition and were beaten 4-0 on the night, but what still promised to be an enjoyable away trip to watch their team in Italy turned into a nightmare for many travelling fans. 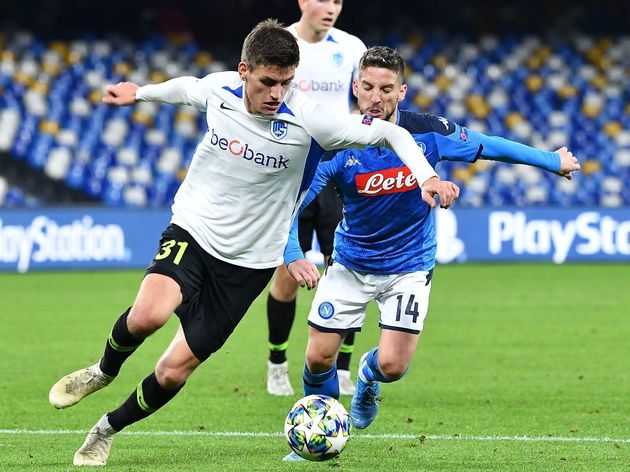 Even from an official organisational point of view, HLN spoke to Genk fans who revealed that too few buses were arranged to transport them to the venue. Those that were available were in very poor condition and the expected 45-minute journey is said to have taken two hours.

The shortage of buses left others stranded without means of getting to the stadium. One fan told the newspaper that he got a taxi instead, but only arrived at half time. Someone is even believed to have walked the 6km journey to the San Paolo.

Another, Thierry Kuijpers, estimated that perhaps as many as 200 Genk fans never saw any of the match. “It’s bad because we spent a lot of money," he said. "This was not what we expected."

There are other stories of the travelling Belgians being provoked by local fans en route to the game, as well as being chased and harassed by people on scooters afterwards. Jordi Lenaers recalls being threatened by scooter riders wielding glass bottles and ready to use their helmets as weapons. He and his party managed to return to their hotel safely in the end, but still never felt at ease once there.

Another fan revealed to HLN he was told in the stadium that some Genk supporters had been attacked by people with ‘axes and hammers’. Someone else had been on a bus that was pelted by people wearing black, armed with ‘axes, knives and stones’. Windows were broken.

Last month, Merseyside Police confirmed the arrests of five Napoli fans outside Anfield ahead of the clash against Liverpool. Claims that the visiting Italians were armed with golf clubs were later debunked, but arrests were still made for violent disorder, affray and breaching the peace.