​Leicester City are believed to be in talks with centre back Caglar Soyuncu over a new deal as the Foxes try to fend off interest from Manchester City.

Soyuncu has been nothing short of a revelation this season after making only six league appearances for the club lin his maiden campaign in 2018/19. The Turkey international has formed a stern partnership with Jonny Evans at the heart of the Leicester backline, with the Foxes conceding just ten goals in 16 Premier League games thus far - the best defensive record in the division.

Soyuncu has played every minute of his side's impressive start to the campaign and his performances have seen Pep Guardiola's City take particular notice of the 23-year-old, with the Citizens in dire need of a new centre half after failing to replace Vincent Kompany in the summer and losing Aymeric Laporte to injury earlier on in the season. 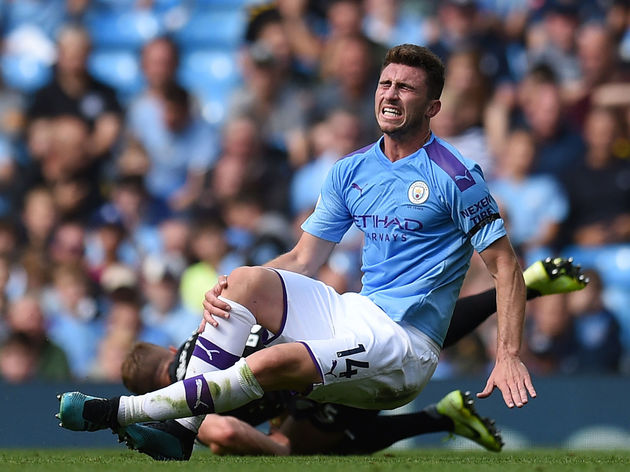 However, in an attempt to keep Soyuncu at the King Power, the Leicester Mercury reports that the club are in 'early negotiations' with the former Freiburg man over a new contract. The defender is tied down at the club for a further three-and-a-half years having signed a five-year deal upon his arrival in the summer of 2018.

The club are supposedly relaxed over the situations of both players, with increasing confidence that the pair will stay at the club to see out what has the makings of a memorable season for the Foxes. A Jamie Vardy brace along with goals from Kelechi Iheanacho and Jonny Evans helped Leicester to a 4-1 win over Aston Villa on Sunday, leaving them in second and eight points adrift of Liverpool at the top of the Premier League table.