So Liverpool have won the league. That's been confirmed.

West Ham United are getting relegated. That's been, well, it's not been confirmed, but losing 3-1 to an Arsenal team who literally can't string three passes together should be an offence punishable by immediate relegation.

And in a match week during which all of these things were confirmed, there were also a number of pretty impressive individual performances. Here's the best of them: 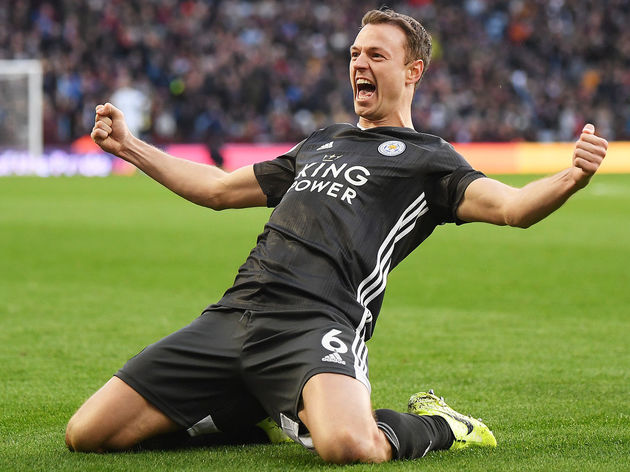 Gary Cahill (CB): Two Crystal Palace players in one Team of the Week? We never thought we'd see the day. Like Guaita, Cahill has been instrumental for Palace's mean defence this season, and continued his fine form into the weekend's meeting with Watford.

Harry Maguire (CB): 'Slabhead' did what he does best this past weekend: use his big slabby head to keep world class attackers at bay. Easy work.

Jonny Evans (CB): In many ways, Leicester's signing of Evans for £3.5m may be the greatest transfer of all time. The Northern Irishman has been the best central defender in the ​Premier League this season, and he proved it once again this past weekend with a goal in Leicester's 10000th win of 2019/20. Aaron Wan-Bissaka (RM): AWB pocketed Raheem Sterling on Saturday evening. That's why he's in the Team of the Week.

Naby Keita (CM): Yes, that's right, Naby Keita finally - FINALLY - did something for ​Liverpool - he scored a goal. Granted, it was against Bournemouth but still, it is progress.

James Maddison (CM): Maddison is seemingly always our office Team of the Week discussion, and this week he makes the cut. The 23-year-old was atypically brilliant against Aston Villa, bagging an assist and generally just wrecking heads at Villa Park all afternoon.

Heung-min Son (LM): Sonaldo! Diego Mara-Son-a! Lionel Mes-Son! Oh, you haven't heard? Son scored the best goal of all time at the weekend. Check it out: Marcus Rashford (RW): Rashy ripped Manchester City's fairly dreadful defence limb from limb on Saturday evening to inspire the Red Devils to a famous win over their city rivals. Ergo: he's in the Team of the Week.

Jamie Vardy (ST): The 32-year-old scored his 15th and 16th Premier League goals of the season against Aston Villa. He's really good. It's a pity his wife is a tout though.

Diogo Jota (LW): Shane Duffy didn't make the Brighton starting XI AGAIN so, as you could probably have guessed, Diogo Jota had a nice wee day at the Amex on Sunday, bagging a brace in a 2-2 draw.