​As each week passes, we get to see more and more elite performances from players across Europe, and this week was no exception.

Those performances came in the same week that the Golden Globe nominees were announced. The Crown, Killing Eve, The Morning Show, Succession and Big Little Lies will all battle to be named the 'Best Television Series - Drama' award.

We're not here to judge. We're only here to rank footballers using quotes from those shows. The newly crowned oldest player to ever score a ​La Liga hat-trick, Joaquín has five goals in his last three games and is enjoying his best season since the 2003/04 campaign.

Whatever his secret for eternal youth is, it's definitely working. "Who we are is not what we wear or what glitters. It's the spirit that defines us."

​Sadio Mané will never be the flashiest footballer, but he makes up for it with his tireless work rate.

A goal and two exquisite assists in ​Liverpool's 5-2 win over ​Everton has earned Mané a place in these rankings, and he might have been even higher if Jürgen Klopp hadn't rested him against ​Bournemouth. "You know, I think America is tired of Twitter fighting."

Whether it's the ​Real Madrid fans, the head of the French FA or the high court, it hasn't been easy for Benzema, but he still continues to get the job done on the pitch. The man-mountain in Liverpool's defence, Virgil van Dijk led his team to two big wins this week, and he came second in the Ballon d'Or. When he's not getting fined for turning up late or getting hauled off early for playing badly, we all know that Jadon Sancho is actually pretty good at football.

Another two goals and an assist in ​Borussia Dortmund's 5-0 win over Düsseldorf continues his impressive run of form - it's almost like he's playing to earn a January move... 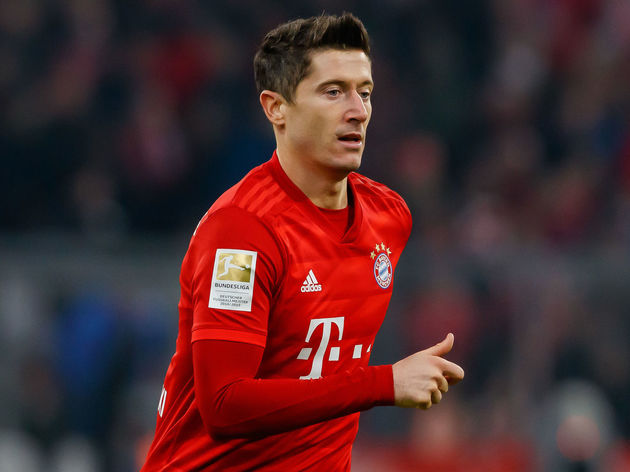 It's all gone a bit quiet on the Robert Lewandowski front. ​“That’s the thing about unhappiness. All it takes is for something worse to come along and you realise it was actually happiness after all.”

Now, I'm not saying ​Arsenal have been worse under Freddie Ljungberg than under Unai Emery, but they've definitely not been better.

Nevertheless, it was ​Pierre-Emerick Aubameyang who inspired the Gunners to their first victory since October, because the Gabon international is seemingly the only Arsenal player who knows how to win games. “Wherever you hide, the party finds you.”

One of the most quietly in-form strikers around, Benfica's Carlos Vinícius bagged another two goals and an assist in his side's 4-1 win over Boavista. José Mourinho's ​Dele Alli is certainly an improvement on Mauricio Pochettino's final version of the midfielder.

He followed up a goal against ​Manchester United with an assist against ​Burnley, proving he can go full Hulk when he needs to. ​Son Heung-min definitely has magic powers. If you don't believe me, just go watch his wonder goal from ​Tottenham's win over Burnley. Mental. “I want to change the world...Instead, I sleep."

Hakim Ziyech decided to take a week off from being a world-beater this week. A quiet performance saw his Ajax side fall 2-0 to Willem II - their first loss of the season.

Don't worry, there's still plenty of time for Ziyech to bag the 1,000 assists he's looking for this season. "Quitting is literally everything I’ve been aiming for."

Ciro Immobile's run of scoring in nine consecutive games came to an abrupt end against ​Juventus. Lazio scored three goals, but Immobile could not get in on the action.

Time to start against next week. "Keep one eye on the future. The distant future."

If Timo Werner keeps playing like this, the transfer rumours are never going to stop.

He added another two goals to his ludicrous tally this week, and now sits on 15 goals from just 14 ​Bundesliga appearances. I wonder why everyone wants him? "Thirty seven years in British intelligence and I just can’t bring myself to book a good hotel. I rather like the grubby ones."

​Jamie Vardy doesn't care about the glitz and glamour of being a footballer. All he wants to do is score goals.

With Immobile's streak now dead, Vardy has set his sights on top spot. He has scored in eight games in a row, but there's just one more obstacle for him to overcome... "For Better Or Worse, The Crown Has Landed On My Head. And I Say We Go."

​Lionel Messi won the Ballon d'Or. That should be all you need to know.

How about a hat-trick against Mallorca? That good enough for you?