Way back in 2013, Juventus could boast the best midfield in world football.

It wasn't even up for debate. La Vecchia Signora had Andrea Pirlo in the midst of the greatest career renaissance in the history of mankind (probably), Claudio Marchisio at his box-to-box best (before his knee exploded), Arturo Vidal scoring goals for fun as the best midfielder in world football (before his knee exploded), and Paul Pogba on the brink of superstardom (before he moved to Manchester United and f**ked up his career).

Any one of these four midfielders could turn a game on its head in the blink of an eye.

Pirlo could curl a free kick into the top corner whenever he fancied it. Marchisio could win the ball on the edge of his own box and drive his team into the opposition's box in two seconds flat. Arturo Vidal could slide tackle the ball into the back of the net (he literally did this). And Paul Pogba could do, well, literally anything - he was the perfect midfielder.

Six years on, none of the aforementioned players are at the club.

Two have retired, one is on Barcelona's bench and the other has flattered to deceive for the best part of three years at Manchester United.

And in their place ​Juventus have...about a million midfielders...none of which are as good as the predecessors. Due to this, Juve's midfield has gone from the best in world football to somewhat of an achilles heel for the club.

So how do you fix it?

Well, we at 90min have come with a few options Maurizio Sarri has that could (could) sort out La Vecchia Signora's vapid midfield: This is probably Maurizio Sarri's 'blue skies' midfield. It's only been fielded once (largely due to Ramsey's injury problems) but

The 'Technical' Midfield That Can't Defend

So many passes to feet. So much bombing forward. So many great set piece deliveries. So many goals.

So, so, soooooo little defending. If this midfield three were fielded, Juventus every game would probably end 5-5. 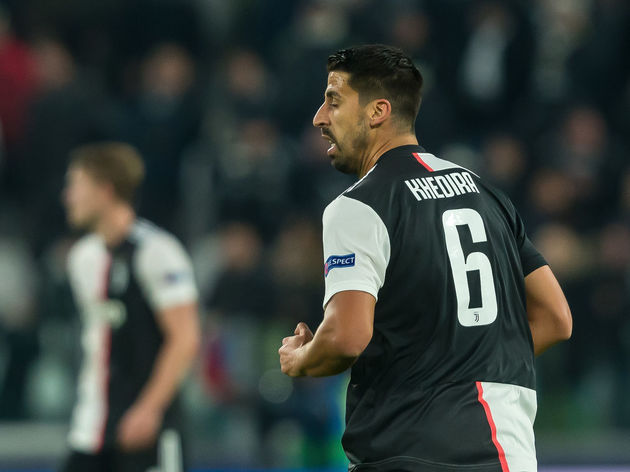 "THIS IS A DISGRACE!"

"MAURIZIO SARRI MUST BE SMOKING THAT WACKY BACCY STUFF!!! ONLY EXPLANATION!!"

This are just some examples of how Juventus Twitter would respond if this midfield were to ever be fielded by Sarri.

We know the 4-4-2 has long been considered an out-of-date formation that can't work in an era during which basically every team in Europe plays a three man midfielder. BUT, this midfield - on paper at least - actually looks pretty good.

Juve would have the legs of Matuidi and the passing range of Pjanic at the heart of the midfield, the creative spark of Costa and the two-way ability of Bernardeschi on the right hand side. Pretty good. This midfield probably doesn't work in the real world, but on FIFA 20 it 100% would. It would be absolutely amazing. You forgot Marko Pjaca was a footballer, didn't you?

Don't lie, every did until this weekend when he popped up on the Juventus bench this past weekend. It's hard to imagine he'll make it off the bench anytime soon mind you. Since Pogba left the club, La Vecchia Signora have lacked a dynamic midfielder who has the ability to turn a game on its head in the blink of an eye.

That's exactly what SMS brings. Sure, he will probably cost upward of £80m plus an arm and a leg, but for Juve, he'd be worth it.

Sandro Tonali is another player who has been linked in recent weeks, and judging by how good has been for Brescia during his maiden Serie A campaign (and how good he was for me in FM19) he'd be a perfect youthful addition to an ageing Juve midfield.