Manuel Pellegrini is at risk of losing his job as West Ham manager should his side fall to defeat in this weekend's trip to Southampton.

The Hammers slipped to a loss against Arsenal at the London Stadium on Monday night, surrendering a goal advantage to fall to a third consecutive home defeat, and now sit just one point above the relegation zone following a poor recent run.

Pellegrini's side have picked up just one win in their last ten Premier League games - a stretch that has seen them accrue just five points out of a possible 30 - and the Chilean has cut a prickly figure in recent media meetings. 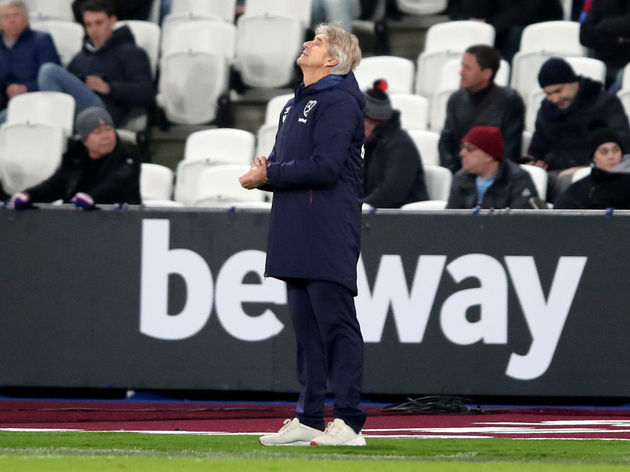 Unrest has grown within the club, too. A number of West Ham's senior players - 90min

With confidence at an all-time low, a decision could be made sooner rather than later if results don't pick up. A positive result at Southampton would appear to be a must ahead of a Boxing Day clash with London rivals Crystal Palace.