Exclusive - Patrick Vieira and Mikel Arteta are considered the primary candidates by Arsenal in their hunt for a new permanent head coach.

A four-man panel of Raul Sanllehi, Edu, Vinai Venkatesham and Huss Fahmy have been hunting for the club’s next permanent boss since the departure of Unai Emery in late November, with Freddie Ljungberg currently serving as an interim. 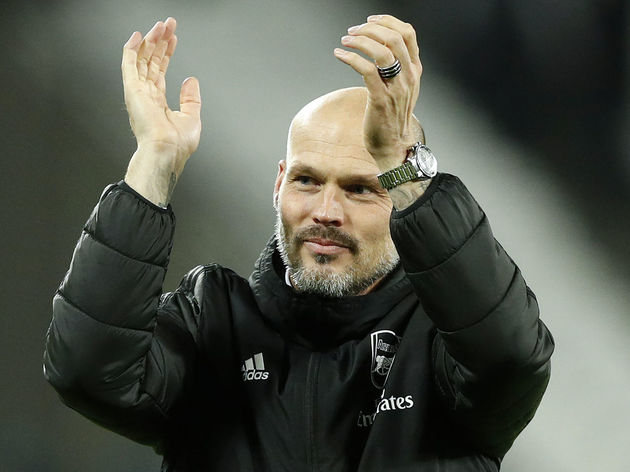 Arsenal could capitalise on what 90min has been informed is slight unrest behind the scenes at the Etihad Stadium, where Arteta has been assistant coach to Pep Guardiola since 2016.

With Guardiola known to be very intense and the impact of his tactics just beginning to wane after two dominant seasons, it could lead to a change in the backroom staff. Arteta in particular is looking elsewhere. Arteta comes with benefits. He knows Arsenal, knows the league as it is right now, has been exposed to the daily workings of Guardiola for more than three years and is likely to be relatively cheap given it would be his first managerial job.

Vieira has already hinted he would be interested in the Arsenal job. But, at the same time, the Frenchman and former skipper has insisted he feels ‘very good’ at Nice. It has previously been reported that Arsenal may be limited by budget constraints in their search, with Pochettino and Ancelotti likely to command a much higher annual salary than the £4m that Emery was thought to be earning in north London.

While Pochettino is currently out of a job, there have also been misgivings over the potential cost involved in breaking higher-profile candidates out of contracts if they are already employed. That has ruled out the likes of Brendan Rodgers, who has also just signed a new Leicester contract, and Wolves boss Nuno Espirito Santo.

Speculation over former Valencia coach Marcelino kicked off on Sunday and Monday after a report from Spain confidently claimed he had boarded a flight to London. But the 54-year-old is not one of the names that Ornstein has discussed. More recently, Paulo Sousa has been added to the speculation after his representatives revealed interest from Arsenal to L’Equipe. The Portuguese, who has previously coached QPR, Swansea and Leicester in England, has a €2m-€3m release clause with Bordeaux.