Tottenham Hotspur Stadium staff were forced to eject a 13-year-old Burnley fan for racially abusing Son Heung-min on Saturday, the club has confirmed.

Spurs went on to win the game 5-0 and Son starred with a goal and an assist, with the South Korean's strike involving a magnificent 80-yard run and finish. Stewards at the ground had been given additional training from anti-racism organisation Kick It Out earlier in the day, and were swift in removing the teenager from the ground once they spotted him abusing ​Son.

The ​Evening Standard have confirmed that the minor is now under investigation from the Metropolitan Police (supported by the Lancashire Police), as well as both Tottenham and Burnley.

​The Clarets have also confirmed that the boy and his family will be contacted with a view to sending them on an 'enforced educational programme' in conjunction with Kick It Out.

Son has been the victim of racial discrimination on numerous occasions since moving to England, with the most notable incident coming after a West Ham fan ​abused him on camera in November 2017 - the South Korean would score against the Hammers two months later and respond with a shushing celebration. 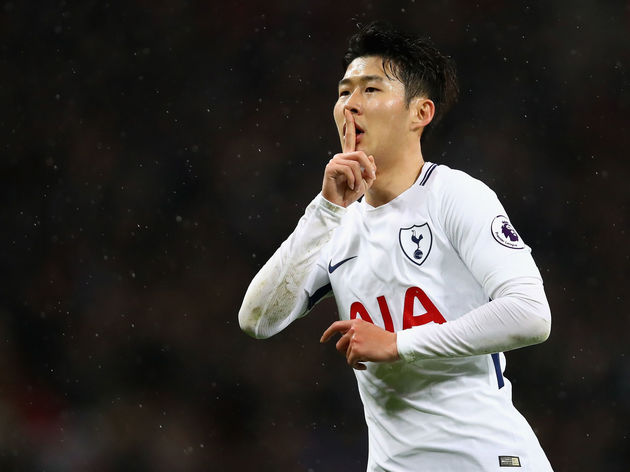 News of the incident at Tottenham Hotspur Stadium follows that of Greater Manchester Police ​arresting a 41-year-old man after he was accused of racially abusing Manchester United midfielder Fred.

The Brazil international was attempting to take a corner in the derby with Manchester City, with footage showing a home fan making monkey gestures toward the midfielder.

City have vowed to ​ban the man for life if he is found guilty, while construction company ​Kier Group confirmed they are investigating whether the person in question is linked to them, and have suspended an employee during this process.

Fred told ​ESPN Brasil after the game that he didn't see the incident at first, but was shown footage after the match and claimed we are still living in a 'backwards society'. "The guys showed me. He even threw a lighter and it hit me. I try not to care about that. I try to look ahead," he said.

"We are all the same regardless of skin colour, hair and gender. We came from the same place and we all go to the same place when it's all said and done. Thank God I have a lot of friends here in the locker room who hugged me, like [Jesse] Lingard. I don't want to think about it. I just want to move on."